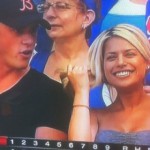 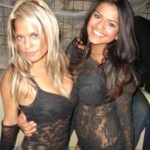 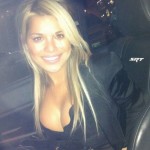 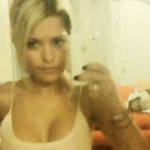 Former Stanley Cup Champion Jonathan Toews’ girlfriend Gabrielle Velasquez recently attended a Chicago Cubs game along with her boyfriend and was caught on camera. She’s uber hot and apparently Jonathan Toews is one funny bastard. Based on the photos of Gabrielle Velasquez at the game, we’re guessing her dating profile once said “I love to laugh”. Beyond that, and really including that, we know nothing about her. She’s got a Facebook account (which we won’t link to but is really, really easy to find), but we have no mutual friends and we’re guessing she won’t accept us. Just like real life.
Props to a Barstool reader for sending this one in to them.