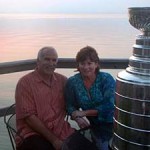 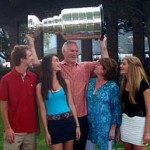 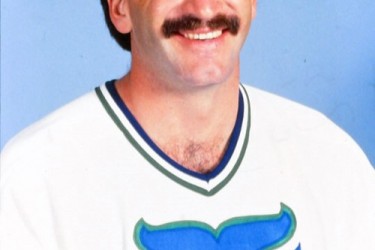 Anytime we get to mention the Hartford Whalers on this site, we call it a win, and thanks to Joel Quenneville’s wife Elizabeth Quenneville, we get to chalk this one up as a ‘W.’

Joel Quenneville who has the greatest mustache in professional sports, played 7 seasons for the Whale, and during his tenure in Hartford he met his future wife Elizabeth. Elizabeth hails from Connecticut making the dots easy to connect between the two. The couple was married in 1988 and have three children together, Dylan, Lily and Anna.

The family has traveled throughout the United States and Canada during Quenneville’s lengthy career through the NHL in various playing and coaching capacities. Joel and Elizabeth started out in Hartford together before moving on to Baltimore, Washington, St. John’s, St. Louis, Colorado and finally Chicago. The family looks to establish a longer term residency in Hinsdale, IL (near Chicago), which be all but locked up if Quenneville leads the Blackhawks to their second Cup in four seasons. 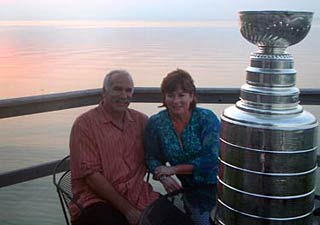