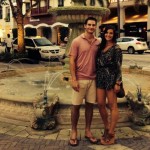 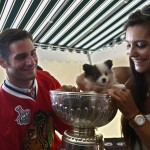 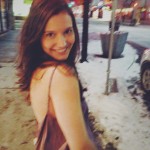 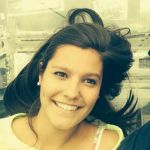 Brandon Saad’s girlfriend Alyssa Wozniak broke up with him at some point in later 2013 or early 2014 and got back together again shortly after (according to internet forums). The timeline of them getting back together seems to be the summer of 2014. I can’t speculate anything about the breakup, but they’re both very young, and Alyssa is still in college.

In fact, Alyssa’s main activities center around her sorority. I’m not exactly sure what school she goes to in Chicago, but it is in Chicago. There was some talk that Brandon may have known Alyssa in high school and started dating her then, but that’s not confirmed. So now that we know that they’re back together, we can also say that Brandon Saad’s girlfriend has joined him in some local Chicago activities. One of those is the classic trip to the Sears Tower (oh, excuse me– “Willis” Tower). They photographed themselves laying on the glass floor from the observatory. I can personally attest to how freaky that glass floor is because it’s a small room that comes out from the actual floor, and the entire room is made of glass.

Another classic Chicago activity that Brandon Saad’s girlfriend Alyssa Wozniak has joined him in was going to the famous improv comedy group The Second City. They went to see a show called ‘Apes of Wrath’ and hung out with the cast. Mind you this was last year in the summer and there hasn’t been any pictures of the couple on Twitter after that, but it’s safe to assume they’re still together. It’s hard to steal away a girl from a pro hockey player who has won the Stanley Cup and who you’ve been photographed kissing on the ice after the final game (as Alyssa has). The couple was also photographed afterward with a tiny puppy named Bella in the actual Cup, and Alyssa smiling along with Brandon during the celebration. I wonder if the dog would fit in the Cup this year if they won? 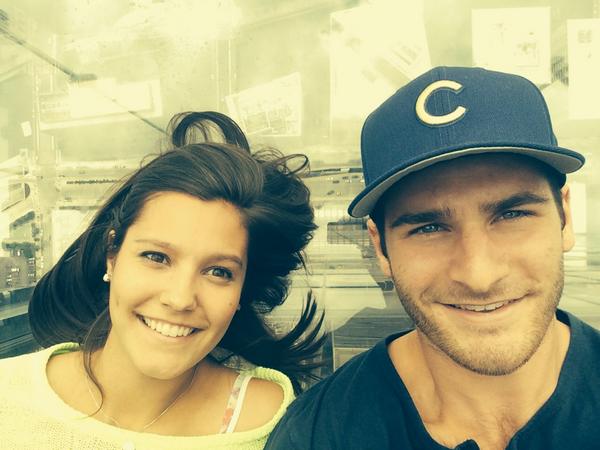