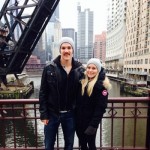 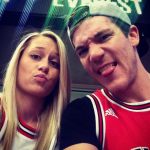 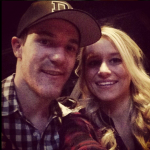 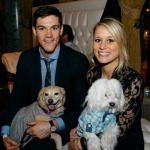 Andrew Shaw’s girlfriend Chaunette Boulerice is a pretty girl with a good head on her shoulders, but I question her taste in movies. She mentioned that “Hook” was one of her favorites, and I remember seeing that in the theaters when I was about seven years old and thinking it wasn’t too great [Editor’s note: Nope. You’re wrong. It’s great.]. Nevertheless, she does seem to have a penchant for finding uplifting and motivating quotes. Never underestimate what you can find out about a person from the quotes they post or repost on their personalized social media accounts. Example: “Remember that people will always question the good things they hear about you and believe the bad ones without a second thought.” I don’t think that’s necessarily true, but it shows a healthy amount of resolve and skepticism that is often lacking in player wives.

So what else do we know about Andrew Shaw’s girlfriend Chaunette Boulerice? For starters, she’s a Canadian, and she let’s us know that every once in awhile by praising the little perks of visiting Canada and eating at Canadian fast-food staples like Tim Horton’s. I’m fairly certain Tim Horton’s is a thing in the States too, but we’ll let her retain her fast-food pride. Boulerice is a Canuck through and through calling her home Belleville, Ontario Canada – where she’s from and lives part time (when she’s not in Chicago). Chaunette describes trips to Chicago now and again and going out with Andrew to restaurants fairly frequently. That does make me wonder why they’ve chosen to live there. They’ve got two little dogs (standard issue for player wives) and Chaunette never fails to include them in pictures every month or so. 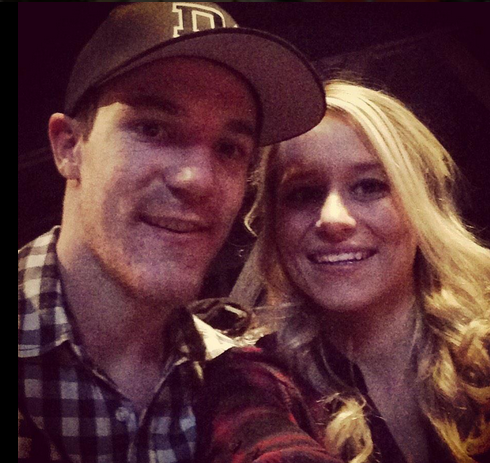