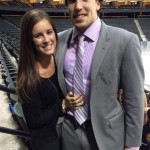 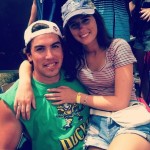 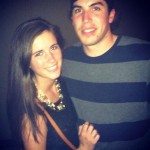 Justin Faulk’s girlfriend Chloe Lappen is a quick reminder that the players on Team USA are young guys, fresh out of school.

21 year old Justin Faulk, currently wearing the stars and stripes, but who also normally wears the Assistant Captain patch for the Carolina Hurricanes, would still be in school had he stayed.  After helping the University of Minnesota – Duluth win a national title in the 2010-2011 season, he signed an entry level contract with Carolina.  Now, we’d normally finish that sentence with a colloquial, trite  comment saying that Faulk signed with Carolina and never looked back,… but that’s not the case this time.  As a senior at Minnesota – Duluth, we’d imagine that Justin Faulk’s girlfriend would have something to say if he didn’t.

Outside the Olympian, NHL star of a boyfriend, Chloe appears to have a normal life for a college student.  She likes popular music, bad movies and posting pictures with her friends.   The couple appears to be holding strong despite the distance.

In the coolest move ever, we found a picture of Minnesota native Faulk wearing a Mighty Ducks tee.  I very, very much support this wardrobe choice. 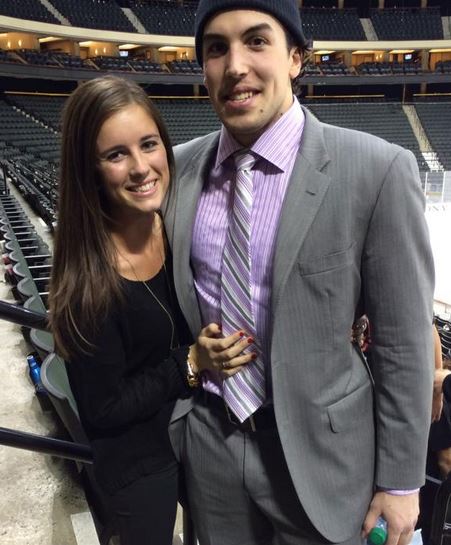