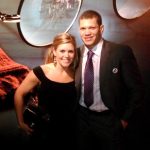 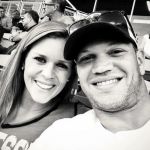 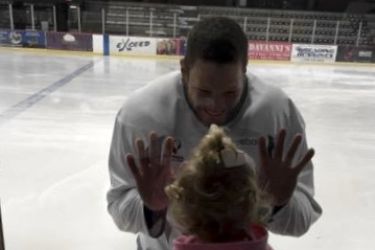 Kyle Okposo’s wife Danielle Okposo is the mother of their children, Elliana and Odin. Elliana is the oldest since she was born in 2014. Odin arrived about a two years later. Their wedding happened in Minneapolis at a mansion, and I watched a photo gallery video of the event. These guys apparently knew each other since high school. According to a post by liverampup.com, they met at a movie theater around the age of fourteen. They dated until 2012. The wedding happened in Minnesota since Kyle hails from there. The wedding appeared to be super classy. Okposo’s Islanders salary undoubtedly aided the wedding.

The Okposos also own a charming dog. Kyle posed with him for a few photos. He likes to show him off on social media. I’m not perfect with breed identification, but I think the dog is a Labrador mix. Kyle once asked what happens to the small part of your back that never gets washed? It appeared as a social media thought. I have no idea what he is talking about. It is certainly possible to wash every part of your back. Maybe Kyle needs to stretch his arms more? From what I can tell, Kyle Okposo’s wife doesn’t engage social media nearly as much.

The New York Post wrote an article about Kyle Okposo’s wife and the difference in his career output since she gave birth to Elliana. The article mentioned Danielle told Kyle she was pregnant after the final game of the 2013 season. It made him happy, and his team entered the playoffs later next season right after he became a father. He called both events dreams of his life. Elliana came and Kyle’s performance indeed improved. The family is now a full-fledged four-piece unit. The dog rounds out the lineup and makes for a good buddy to watch sports with. I don’t know if Danielle likes Buffalo after a long stint with the Islanders, but it’s a change of scenery. 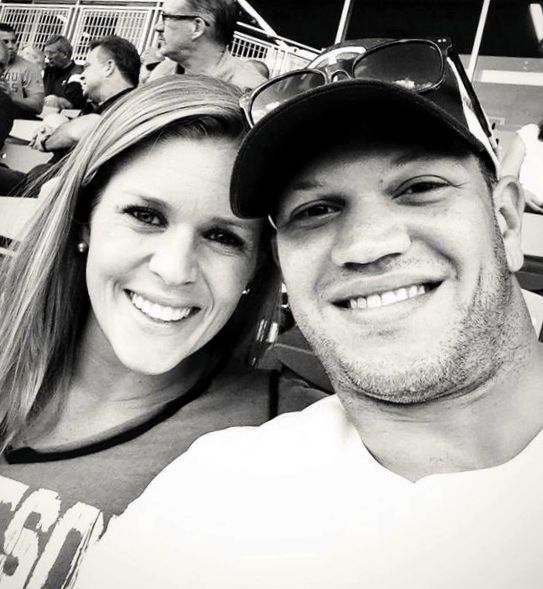