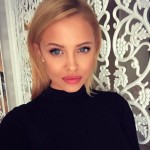 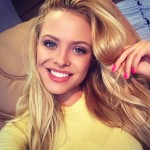 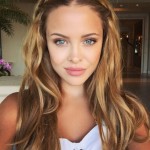 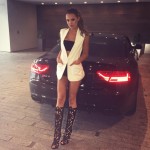 I love how Busted Coverage called Evander Kane’s girlfriend Mara Teigen a model that works for the New York Yankees of modeling agencies– Wilhelmina Agency. I mean if you’re looking for a hot chick, you’ve found one. Mara is so hot that one smile will make you fall in love. Well, one smile made me fall in love, and I was just looking at a photograph. Some women are like that, what can ya’ do? I don’t know anything about Evander Kane, but I hate the guy already. He’s probably a cool guy too.

Mara is a top tier professional. Her ads are everywhere. One of her friends sent her a picture of herself on a big poster in some store for some lipstick ad, and she posted it and wrote “love when my friends send me these.” That definitely gives me the impression she’s in a lot of ads, and she can’t keep track of them all. She also has the requisite small, mangy, not-fun-to-pet dog. Don’t look at too many pictures of Evander Kane’s girlfriend Mara Teigen at once or your head will explode. How would you even need photoshop and airbrushing on this girl? What would you do to improve the shot? Copy and paste her in her entirety so that there’s two of her?

Mara has to make a boatload of cash with all the modeling and photoshoots she does. She also posts pictures of her in cool places like Hawaii, Bel Air, Vancouver, Cabo (of course), and yes, Buffalo. She took a shot of a wine glass at some place overlooking a forest and the city, and she mentioned Evander was with her for lunch. If Kane has half a brain, he’ll never let Mara go. I can tell you she’s got a good personality without a doubt. I’m good at spotting these things, I promise. She included that classic line in one of her Instagram posts saying, “If a guy is nice to you but rude to the waiter, he’s not a nice person.” You’d think dudes would catch on to this one by now, right? Like, if a guy is on a date with a lady at a restaurant, isn’t it sort of guaranteed by now that he’s gonna’ be nice to the damn waiter? How are dudes still messing that up? I’m actually remembering a time when I was rude to a waiter, now that I’m thinking about it, but I wasn’t on a date so lay off! 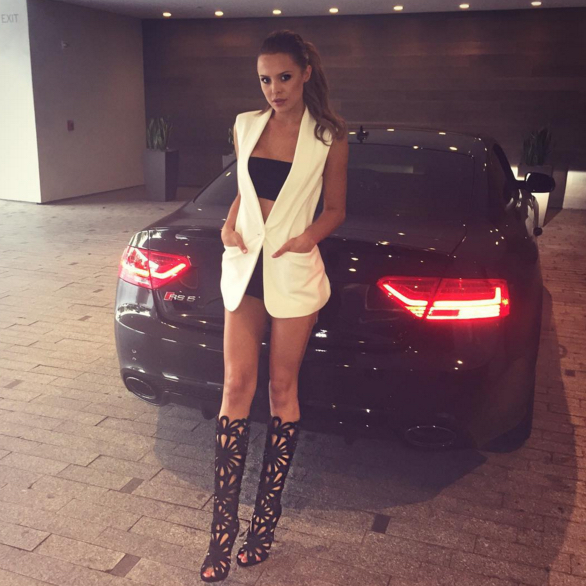