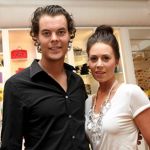 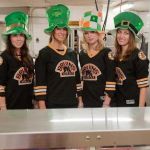 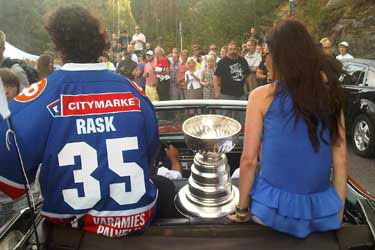 Tuukka Rask’s girlfriend Jasmiina Nikkila has become well known around Boston.  Dating the Bruins starting goaltender helps that notoriety.   We know that Nikkila’s in Boston via Finland, so the same path Rask took (minus the unfortunate stop in Toronto). There are reports that they have been together since high school.  But, this was from a site that claimed Lucic was dating the coach’s daughter, so take that as you will. Rask and Nikkila have been together for many years. Tuukka even brought her along when Tuukka brought Lord Stanley’s Cup to Finland. Reportedly fluent in English but with a thick Finnish accent, Nikkila has been active with the other Bruins player’s WAGs at charity events.

Lucky for Bruins fans, Tuukka Rask’s girlfriend Jasmiina Nikkila has a good sense of timing.  Jasmiina’s due date was right around the opening of the 2014 second round playoff series.   Many fathers would justifiably be in the delivery room no matter what.  Tuukka never had to make that choice.  Tuukka Rask’s daughter Vivien Rask came into the world during an off day.  She was born after the first two games were done (and the Bruins tied up the series).

In 2016, rumors floated that the couple was expecting another child.  There’s been no further details around this, and no news announcing the birth.  Since it was 3 years ago we last heard about it, we’re going to debunk this one.  We did actually received a tip that someone saw them having maternity photos taken in Boston’s public gardens. According to the tipster, Jasmiina, Tuukka and their daughter were all photographed during the session.  Yet to see those pictures!

Rask is one of the better goalies in the league. Recovered from a handful of injuries in the past, he’s looking to flex his skills again in the 2018 playoffs. The Maple Leafs drafted Tuukka in 2005.  But, for some reason they let him go for next to nothing (aka Andrew Raycroft). Thanks Canada!  The Bruins have him locked up through 2021 on a monster deal. 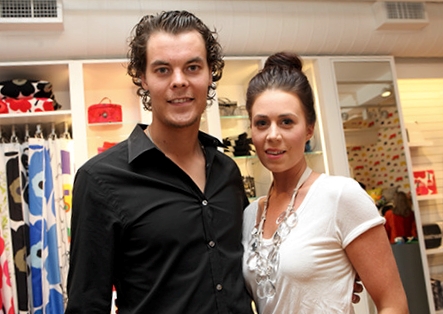