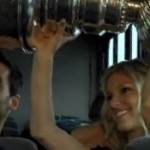 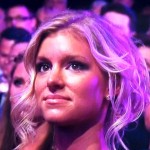 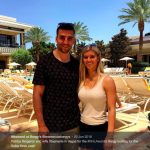 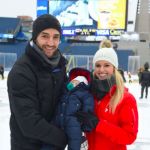 Patrice Bergeron’s wife Stephanie Bergeron has competition, but fortunately she’s been at the front of the line for a long time.

And,… why exactly does Patrice Bergeron’s wife Stephanie Bergeron have competition?

Well, that’s probably a bit of a misnomer.  Stephanie Bergeron probably doesn’t have competition with anyone.  I mean, have you seen the woman?  Wow.  But, Patrice has always been a fan favorite in Boston.  And, following a gutsy 2013 NHL Stanley Cup run Patrice’s stock, even with the ladies, raised astronomically.  Maybe it was the punctured lung, or the broken ribs, or torn cartilage or separated shoulder that was the most incredible part of it.  But, honestly, it was probably the cup.  The gutsy performance made the world fall in love with the dude Boston has loved for years.

And, with that comes increased fans.  But, as we previously pointed out.  Stephanie competes with NO woman.

OK, all borderline creepy comments aside.  What do you know about Patrice and Stephanie Bergeron?

Patrice Bergeron’s wife has zoomed past the decade mark.  Patrice and Stephanie (formerly Stephanie Bertrand) have been together since at least 2006.  They married following the 2013 season. The pair split their time between Quebec City and Boston for years.  They bought a new home in Saint-Augustin-de-Desmaures following the 2013 Cup run, and are now raising a family there.

Why, yes, we do say family.  Stephanie Bergeron gave birth to the couple’s first child in October of 2015.  Zack Bergeron was born on October 21, 2015.  These two are definitely fan favorites, and Patrice payed it back.  Despite the most world upturning event happening only hours prior, Patrice laced up his skates and notched a goal and an assist just hours lated against the Flyers.  That dude never ceases to amaze us.

This great looking couple turned heads at the 2015 NHL Awards show.  Patrice had himself one hell of a night in Las Vegas. Both of them were popular on the red carpet.  Patrice Bergeron’s wife caught some female attention for a pair of Louboutins. But, the real show unfolded inside where Bergeron picked up the Selke, finished 5th in the Hart voting, won the league Community Service award, and also was revealed as the cover athlete for NHL 15. We would love to fill some white space by congratulating Patrice here, but we don’t think he’d take it. After winning the Selke, Patrice was quick to deflect attention during his acceptance speech saying “This [Selke] Award goes to all my teammates.”

There’s one of the many reasons he’s our favorite player in the league. 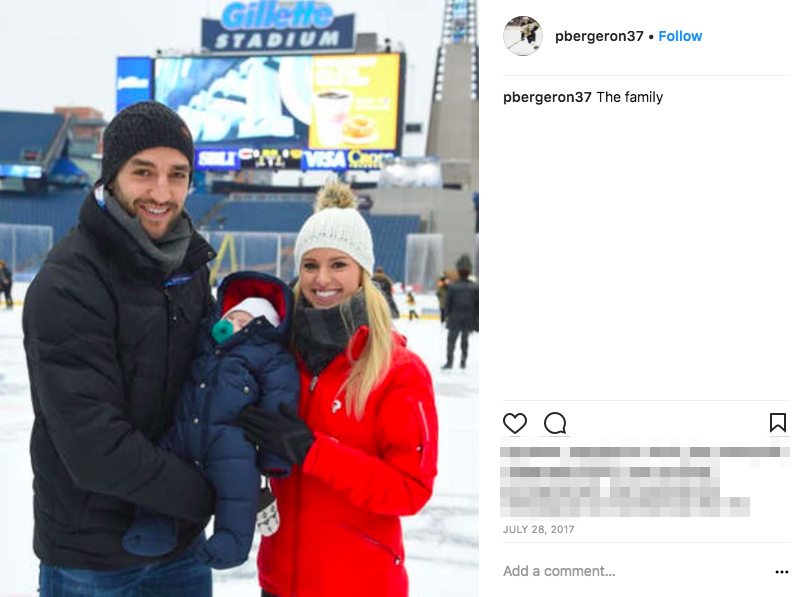