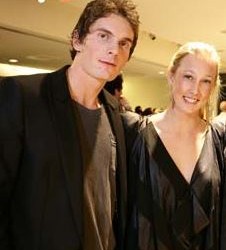 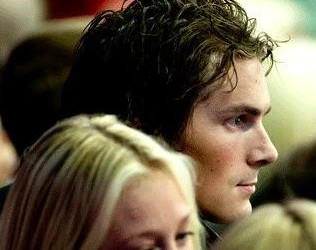 The most popular stories surrounding the Bruins surprising trade of promising 21 year old Tyler Seguin was that they were fed up with his hard partying ways interfering with hockey. With endless stories about Seguin’s drinking and hitting clubs in pursuit of girls (hey, what 21 year old wouldn’t want to do that), they turned to someone with a more reliable resume off the ice in Loui Eriksson. One person who will surely help the Bruins make sure they don’t run into the same problems twice will be Loui Eriksson’s wife Mikaela Eriksson (nee Kanold).

Loui and Mikaela are the parents of two children, and have established amazing charitable roots in their local communities. In an ESPN.com article from November, 2011, Scott Burnside passed along this fact about Eriksson:

Away from the rink, Eriksson already has pledged to donate all revenues from endorsement deals to a new foundation his wife will help administer. The money generated in North America will go to charitable works in the Dallas area, and any Swedish-based revenues will go to charities in the Goteborg area.

Hey, there’s always Dunkin Donuts endorsement deals passed out in Boston. The pink-hats will quickly forget about Seguin if Loui and Mikaela start developing charitable roots like this in Boston. 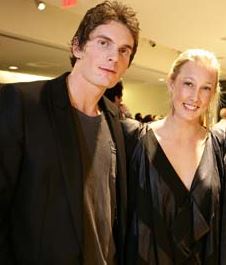