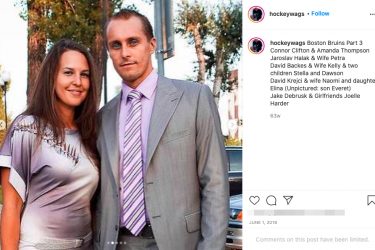 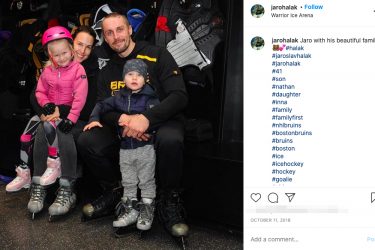 Jaroslav Halak’s wife is about to become a popular search topic in the city of Boston.

And why exactly is Petra Halak, Jaroslav Halak’s wife about to become so popular?

When it comes to the Bruins, it seems the answer always comes back to Tuukka.  Yes, we all know 2020 is a weird assed year when it comes to sports.  Delays, suspensions, bubbles.  It’s weird.  But, when the NHL resumed, the President’s Trophy winning Bruins would be on the short list of Stanley Cup contenders.  But, when their Vezina Trophy finalist netminder Tuukka Rask opted out of the NHL bubble things got dicey.  And all eyes turned to Jaroslav Halak.

If there’s one thing we’ve learned in nearly a decade running this site, is this.  When eyes turn to an athlete, the public starts searching for the wife thereafter.

Now, despite our best efforts, there’s not a ton known about Jaro Halak’s wife.  We know they were married in 2012.   This was sometime during his career with the St. Louis Blues, but before his weird series of trades through the NHL.  Petra Halak must have had a hell of a time dealing with her first couple years as a hockey wife.

During his time in St. Louis, Jaro started to establish himself in a part time role.  Shortly before the 2013-14 season however, he was dealt to Buffalo, where he never actually appeared in a game.  That same season he was dealt along to the Washington Capitals, who later flipped him to the New York Islanders.   All in the same damn season.  Basically four homes in a calendar year.  Yeah playing sports for millions is fun, but geez that’s a lot for anyone.   Jaro eventually established some credibility with the Islanders where he stayed until free agency in 2018.  The Bruins braintrust snagged him to play in a time share with Tuukka Rask.  And in the 2020 bubble… well here we are.

So, as for Jaro Halak’s wife?  Well again, not much known.  They do have a daughter Inna and a son Nathan.  Beyond that, there’s really not much known.  If Halak finds a way to step in and carry this Bruins squad to a Stanley Cup?  Well we imagine a whole lot more will come out then! 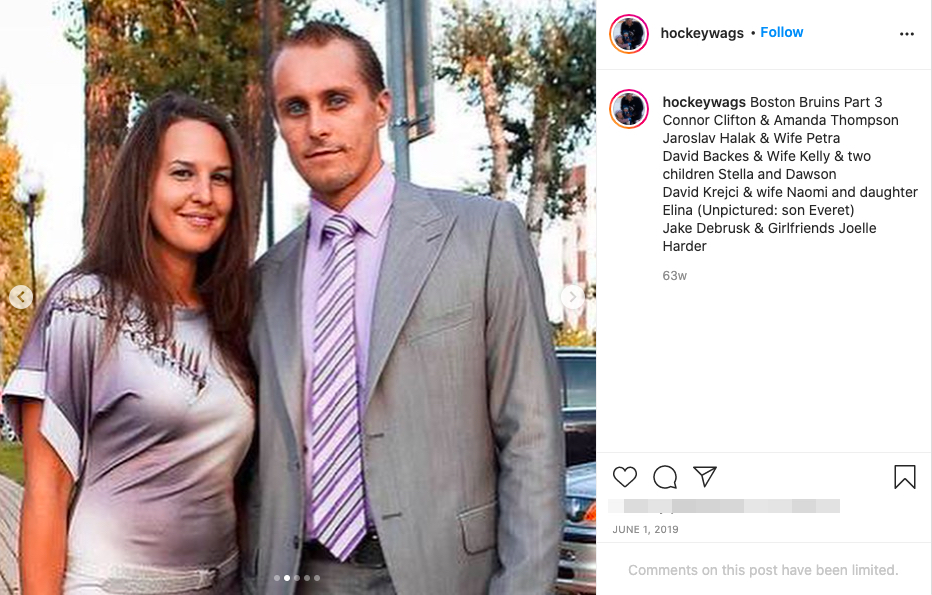