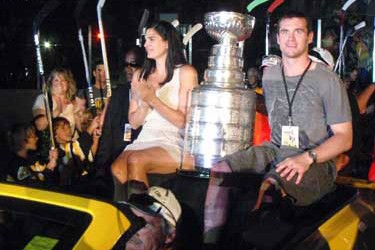 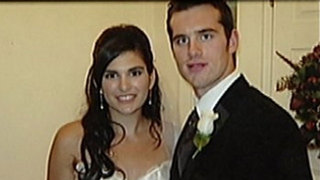 The four guys writing for this site are all Boston based, so we’ve known about Daniel Paille for years. For the rest of you who are just learning about the Bruins left winger with two game winning goals in the 2013 Stanley Cup Finals, let’s introduce you to the man with the versatile last name, Daniel Paille (you’ll see plenty of last name jokes such as “easy as Paille,” but the one shouted in this household in June of 2013 has been “Yipee Paille Mother F%^&*r!”)

Daniel Paille came to Boston before the 2009-2010 season, and brought one other thing with him: a new wife. Daniel Paille’s wife Dana Paille came to Boston with her new husband after the couple was married on July 25, 2009 at Niagara-on-the-Lake, Ontario, Canada. The couple had been dating since they were juniors in high school, and managed to stay together during the road weary days of junior hockey and the minors before a three year stop in Buffalo before landing in Boston.

While the couple managed to beat the odds and make it to the altar, Daniel recognizes Dana’s importance in his life, telling WHDH-TV in Boston:

She’s been throughout the whole time. She’s sacrificed just as much as me throughout these last nine years. I really appreciate that and think that’s a huge part of our relationship.

Daniel and Dana have made Boston their homes, becoming a part of the local landscape, most notably with regular contributions to Boston charities. With another Cup in three years, the Paille’s may stick around long beyond the 2013 playoff run. 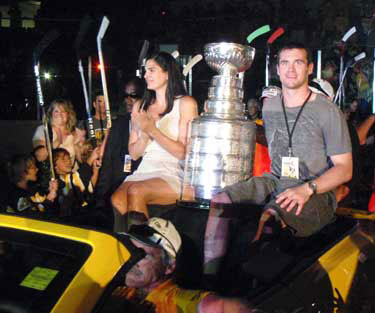