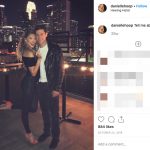 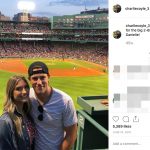 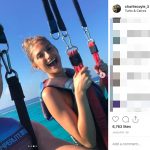 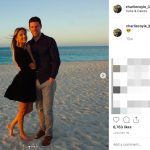 Charlie Coyle’s girlfriend Danielle Hooper has to be proud of her boyfriend today.  The Weymouth, MA kid came to Boston around the 2019 deadline in an effort to solidify their third line.  And by god has he.  Two goals in the first round of the Eastern Conference Playoffs is one way to endear yourself to the fans.  And it has to be even cooler endearing yourself to fans you were once one of.  Welcome home, kid.

Traveling is a bitch.  For any of us.  And even though professional athletes are seasoned travelers, it can still suck.  Charlie and Danielle took a vacation to Turks and Caicos during the 2019 NHL All Star break.  It looked like an incredible week with sun, sand, and adventure.

But the real adventure began on the way home.  Coyle flew from Turks & Caicos to Toronto to get back with the team.  Unfortunately Toronto was stuck in a polar vortex, and flights were cancelled till the next day.  Rental cars sold out.  Basically hell on earth for anyone with somewhere to be.  But, when all hope is lost, who solved the problem?  Let Charlie explain (h/t BringMeTheNews.com.)

“So I’m looking at rent-a-car options,” Coyle said. “Everything is sold out, so that wasn’t an option. My girlfriend brought up, she goes: ‘I found a Greyhound bus. It leaves at 1 a.m., gets to Detroit at 6 a.m. and then we can hop on our connecting flight.’ So I said, ‘book it.'”

They hopped on the bus and made it to Detroit around 10-10:30 a.m. Thursday, made their flight and arrived in Minneapolis just in time for practice.

Charlie Coyle’s girlfriend coming through in the clutch.  Of course, their luggage was lost, so Danielle came through in short sleeves in the middle of a polar vortex.  Clutch genes for days in this relationship.

Look, I’m a huge fan of the dude.   This Bruins team isn’t winning the cup without him.  So, I get it, and I’m not even dating the kid.  But, Danielle loves her boyfriend.  Social media littered with pictures of the couple, and her time at games in his fan club.  I sure don’t blame her at all.  Go get that cup, Chuck! 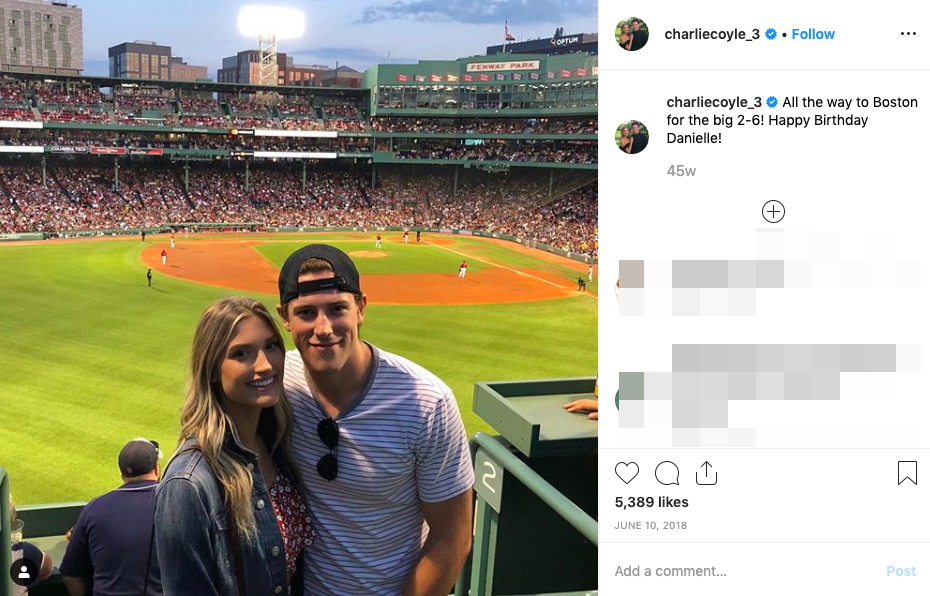