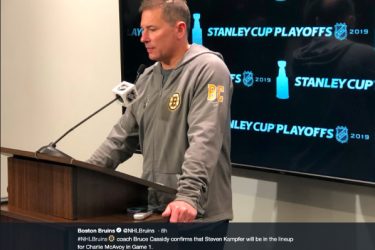 By now, you’ve all heard the played out stereotypes.  The woman of the house drives the house buying decisions, Happy wife, happy life.  Blah, Blah, Blah.  Yuck.  But, when it comes to Bruce Cassidy’s wife Julie Cassidy, her flexibility helped Bruce to get the home of their dreams.

Of course folks, that’s all it takes for everyone, right?  Well, while being quirky in your home specificity applies to most of us, it was particularly true for Bruce.   As the family searched for their home after Bruce was hired to helm the Boston Bruins, there was one specific demand.  A flat yard.  Seriously.  That’s what he needed.  But, why did he need this one request?

Anyone know the dimensions of a hockey rink?  The Boston Globe explains more

“There was this one house that I absolutely loved,” said Julie, recalling the summer of 2016, with Bruce newly named to the Bruins coaching staff. “But the backyard was completely on an angle, and finally he told me one day, ‘I can’t put a rink back there . . . we’re talking about my entire childhood.’ ”

The Cassidys ultimately found the right house.  A comfy modernized colonial in Winchester, with a backyard that, lo and behold, neatly fits a 25 x 50-foot rink. On a sun-filtered Wednesday afternoon straight from a Rockwell tableau, the two Cassidy kids, Cole, 8, and Shannon, 9, along with neighborhood pals Sofia and Graham Emerick, zipped around with sticks and pucks and filled the air with all the wintry clatter reminiscent of Cassidy’s childhood days in Ottawa.

As noted above, Bruce Cassidy’s wife has given birth to their two children, Shannon and Cole.  These two were born only 18 months apart, which helps to keep them close.  Both kids attend a Montessori school, where they learn Chinese.  And even though both are still less than 10, they use that skill to their advantage, communicating to dodge mom and day.  But, as the kids grow, Bruce and Julie go out of their way to maintain dad’s involvement.  Bruce helped to coach their little league teams in the past, and will likely continue to do so as they grow in Winchester, MA.

Though it’s unclear what Julie does professionally at this time, The Boston Globe,  refers to her as a “former lobbyist and Motorola executive”. 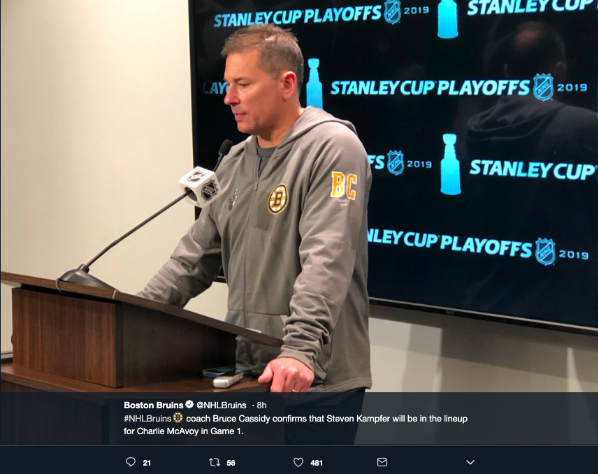