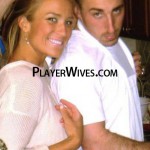 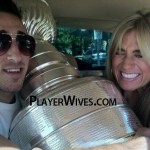 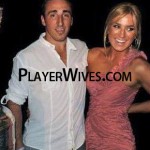 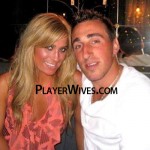 Back before she was Brad Marchand’s wife, we got an email asking us to cover Brad Marchand’s girlfriend, Katrina Sloane.  We can’t lie.  It wasn’t exactly easy.  But, after some exhaustive research, we felt confident we found the right match.  There was very little information coming up, but even then we knew this thing was real..

But you just said she was Brad Marchand’s wife…..

We sure did.  Fast forward six years, and yep. We were right.  The couple has tied the knot, and many attribute his marriage to him becoming a better hockey player.  It’s not the first time we’ve seen it either.  Stability off the ice begets stability on the ice.  Hell Brad admits it himself.  In an interview with NHL.com, he told Amalie Benjamin

“Your priorities are in order,” Marchand said. “You know what’s important in life. You don’t really have any distractions. You go to work, you put your time in the gym and on the ice and you go home. You’re focused on your job at home, where you’re supposed to be and what you’re supposed to be doing.”

The couple married in September of 2015.  Many would point to that 2015-2016 season as the turning point in his career in terms of maturity.  And, here we are now.

According to various reports, Katrina has a son, Sloan, who Brad has embraced as his own.  In a profile about Marchand’s connection to Boston and the Boston Marathon bombing victims,  to his own mother explains why he was hit particularly hard by the death of 8-year-old vitim Matin Richard.

“Particularly because he’s big kid himself,” she says, “so it gives him the opportunity to bring out the kid in himself when he’s around children. He has a little step son kind of, if you will, with his girlfriend Katrina. Sloan is 3 years old. He adores Brad and Brad adores Sloan.”

Since then, Katrina gave birth to their daughter in the summer of 2017.  Besides an 8 year, $49M contract with the Bruins, the family has added comfort.  Katrina grew up outside of Boston, in Rhode Island.  No matter how much money you make, having family around always makes life easier.

We’re Boston guys here, so we admit to being partial.  But going from everyone’s least favorite pest in the league, to a legitimate bonafide superstar is refreshing.  And even if he still has his moments on the glass, doesn’t mean he’s not an awesome dude off the ice.  Congratulations to this couple. 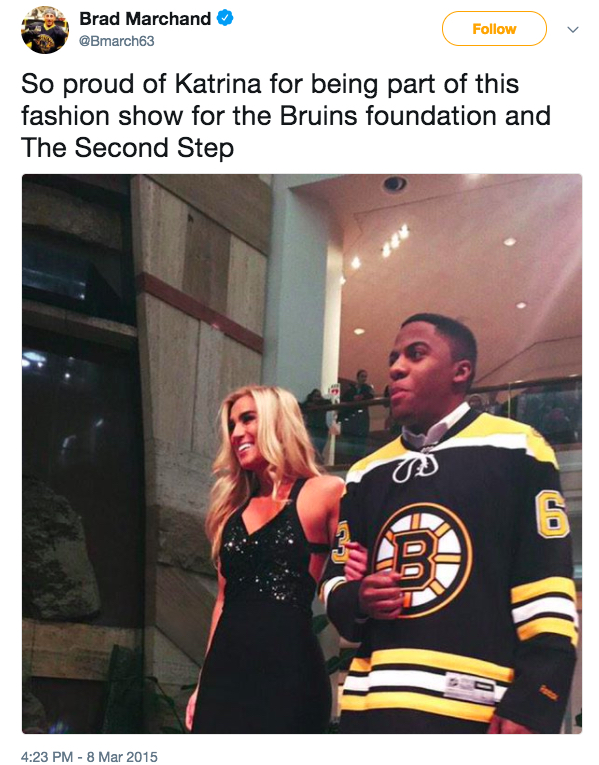