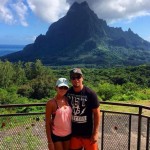 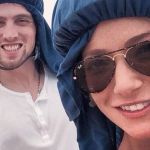 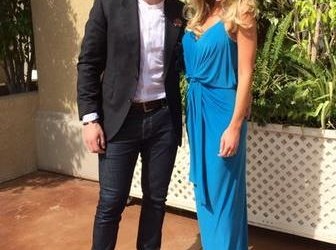 Matt Beleskey’s wife Victoria Beleskey is viewable on youtube with Matt doing an ALS ice bucket in Tahiti. It’s a pretty annoying video because they do the whole finishing each other’s sentence thing. It’s almost like they wrote out a script, rehearsed it, chose an exotic background, and then filmed the video. Interestingly, one of the couples they nominated was Sheldon Souray and Barbie Blank, obviously showing they’re good friends of theirs. Also they poured the tiniest buckets imaginable on themselves. They were the smallest champagne buckets you’ve ever seen.

Back in March Victoria could be seen at the Lady Ducks Fashion Luncheon at the Hilton Anaheim. The players were all there too, and basically what these types of things do is raise money for Foundations. In this case, Matt Beleskey’s wife Victoria Beleskey helped raise money for the Anaheim Ducks Foundation, which does activities for kids. They raised $315,000 in one night. So that’s pretty cool. Victoria and Matt are also known to reach out for other causes like mental health in the “Bell Lets Talk” program.

At one point in their couples timeline, Matt and Victoria went to a desert and rode camels around. Matt was even bit by one. This happened in Cabo (the place every hockey player seems to go with their new wives). That included leaving their English Bulldog Karl back at home, so I’m sure Victoria spoiled him when they got back. Come on guys, you should know to take your bulldog everywhere you go because they have a lifespan of about 5 minutes. Karl is still relatively young though. Sometimes they’ll just travel together to a game and spend some time exploring the city. Last summer they took a little trip to Boston on the weekend and walked around, picking up the sights and sounds of that lovely town. I think Matt is a fan of the Patriots for some reason. Maybe if you’re a football fan in Ontario they’re the closest thing you’ve got to a local team? 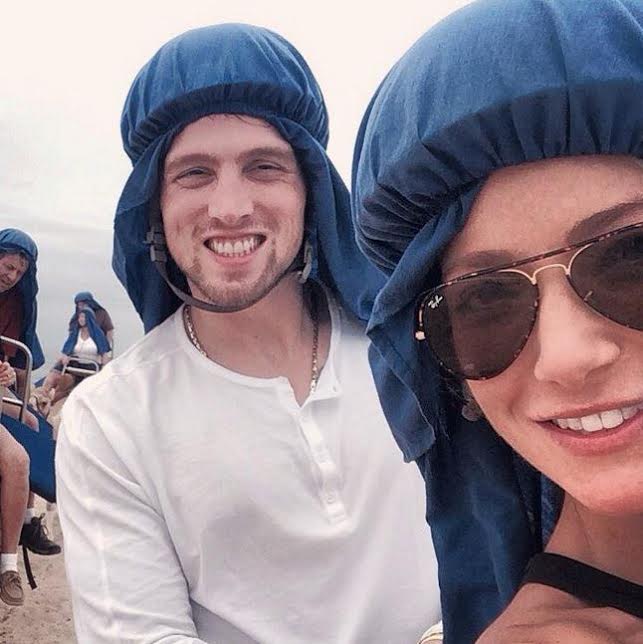