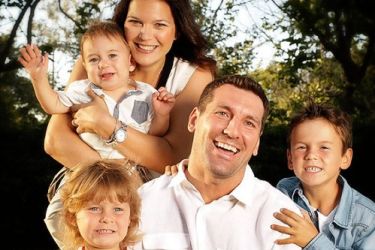 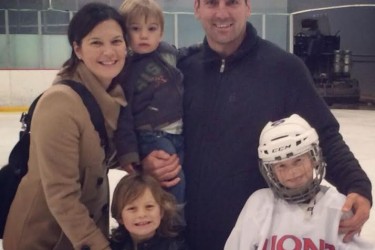 Francois Beauchemin’s wife Marie Beauchemin is living the three-kid lifestyle just like so many other NHL wives. The couple had two boys and a girl over the past few years and his oldest son is already playing hockey at the tender age of six. That’s pretty much par for the course when it comes to Canadians, though his kids aren’t technically Canadians. Both Marie and Francois come from the French province of Quebec, Canada.

I read an article recently that included a brief quote from Francois Beauchemin’s wife Marie Beauchemin about the lockout and how the couple spent their time during those days. Apparently Francois was getting pretty bored: “This year I’ve been lucky to have Francois here and we have a great babysitter who the kids love. But he’s getting bored now, too. You want him to be happy and be back playing, but it’s a nice change to have him here with the kids.” I’m a little confused whether she was referring to Francois there as a babysitter or whether they have a babysitter who takes care of the kids so she and Francois can go out and see movies or whatever, but I guess the point was that she’s a supportive wife who wants her husband to be playing hockey because that’s what he does. It’s a good example of player wives sacrifice their own enjoyment and time because they want their husbands to be happy. They know what they’re signing up for when they get married– a life where they won’t get to see their husband too often.

Marie only occasionally hits up Twitter to talk about her husband, but she’s one of those lazy users that mostly just retweets bits of information about him. One savory bit that she seemed to like was, “For NHL players, giving their all in the playoffs can include their teeth and their spleen.” That’s pretty gross, but it is accurate. 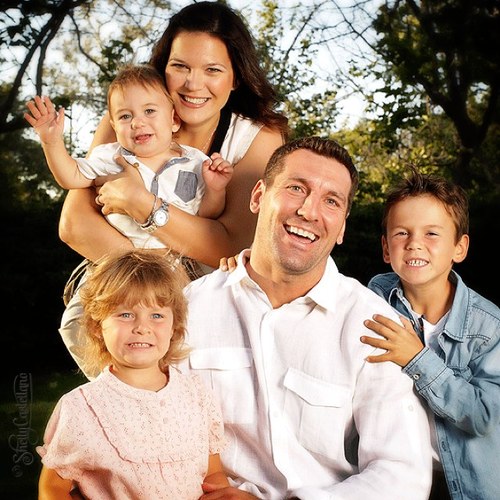