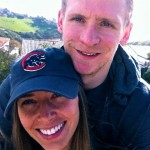 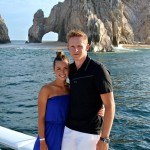 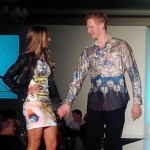 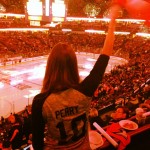 Being a three-time all-star and getting paid $8 million dollars a year is a good thing if you’re known by many as a cheap-shot artist on the ice. It helps alleviate any stress caused from complaints from fans, players, and analysts. Hey, hockey’s a tough game, and things happen in the heat of the moment. Whether complained about or not, Corey Perry’s Girlfriend Blakeny Robertson isn’t doing a whole lot of complaining (none you can find on the internet, anyway).

By most accounts, Corey is a great guy off the ice and a personable fellow with the fans. Hailing from Peterborough, Ontario, Corey still hosts a golf tournament that raises money for charity there. He played on a team in Ontario called the London Knights, and his coach Jim McKellar says, “He’s a very personable guy who has a great sense of humour. He’s also great with the fans. He was always very accomodating and never said no to anything we asked him to participate in.” So there’s some evidence right there that Blakeny might not actually have to endure hooking or slashing to the face when she heads to the kitchen for a soda. Those are Corey’s sodas! You can have seltzer water.

All joking aside, Corey and Blakeny always attend the Lady Ducks Soiree, a charitable event that last year raised $585,000 for the Children’s Hospital of Orange County. That event in particular helped people see Corey’s good sense of humor, because he wore a rather deafening silk shirt that had twitter abuzz. You’re only allowed to walk down a runway in a rainbow silk shirt if you lead the league in goals, as Perry did in the 2010-11 season. That same year, Corey was league MVP. 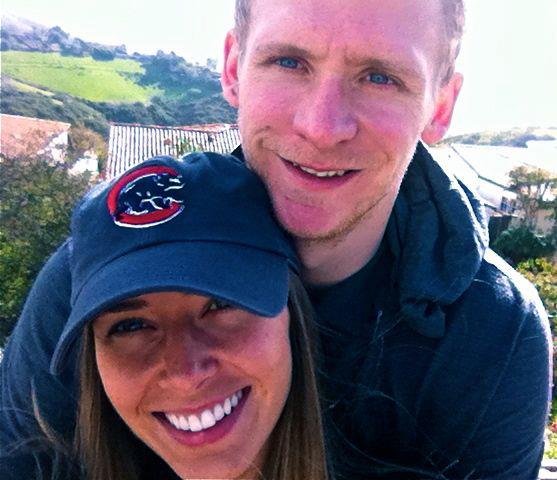