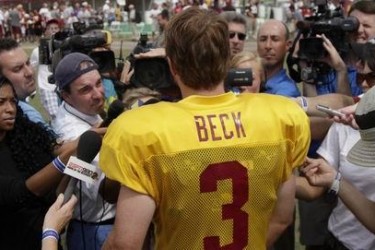 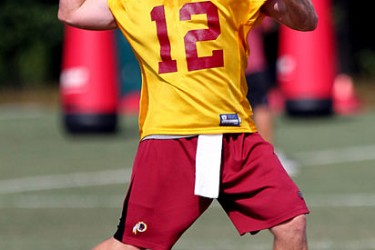 John and Barbara were married in 2004. There is a discrepancy as to how many children they have, with some sources saying they have three kids (Ty, Preston and Grady), while John’s bio on the Redskins homepage indicates the couple only has two sons, Ty and Preston. Is Grady real?

In a story in the Palm Beach Post before the 2008 season, John Beck’s work ethic was cited. The blog post remarked on the fact that he’d thrown over 4,000 in camp to the QB coach, and that in preparation for the season, John had Barbara running passing route’s in their San Diego home.

Her routes clearly didn’t help, after Beck played zero snaps for the 2008 Dolphins. Thanks for trying to help anyways, Barbara….