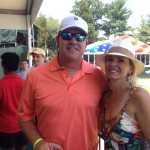 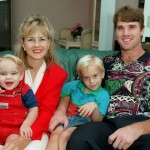 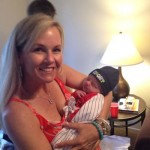 Jay Gruden’s wife Sherry Gruden is now a proud grandmother. Her son recently had a child.  Like every proud grandmother does, she showed him off on her facebook account. The two toured the nation’s capital when Jay became the Washington Redskins head coach  With both of their sons in tow, and year four of the head coach’s tenure, roots are a-growing in DC.

Jay Gruden’s wife is something of a firecracker.  She has worked as a real estate agent and buyers specialist at Coldwell Banker for over a decade.  Her former employer succinctly described Sherry’s ascension in real estate.  “The booming Florida real estate market was where she put her “can do” attitude to work”.  That is the most classic website description of a team member ever: ‘everyone loves her “can do” attitude’.

OK, we’ll admit.  A lot of the “meet the team” portions of a small firm website are generic, if not boilerplate.   In fact, I’m fairly certain I’ve never read a “meet the team” and felt like I’ve actually met the team.  Look, Sherry clearly did well in the field.  She survives in a field that typically eats people up in no time.  Maybe that’s the description for the website.  “She’s worked in real estate for 15 years.   Plus, she hasn’t quit yet.   She’s really good at what she does”.

Jay is the brother of Jon Gruden Jon is also known as a colorful and somewhat wacky analyst and sports broadcaster. Jay Gruden’s wife entered his life via the arena football circuit.  Once upon a time, Jay was a time a first-team all-arena MVP quarterback.  He coached arena football until he was strangely able to jump ship to the Tampa Bay Bucs in 2002, the very same year his brother became head coach. Imagine that! But having jumped ship to the big leagues, Jay was finally able to cash in all of his coaching experience to offensive coordinator at the Bengals and finally head honcho at the Redskins.