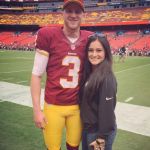 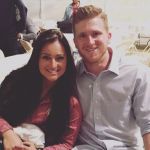 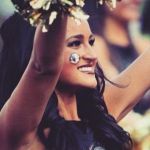 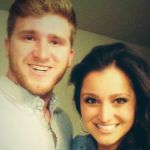 Dustin Hopkins’ wife Gabrielle Hopkins was a former cheerleader at FSU. I’ll give you one guess where Gabrielle met Dustin. If you said Florida State, you win the grand prize of getting to hear a bit more about her. If you said anything else I encourage you to go back to the beginning of this post and try again. So now that you know where Gabrielle met Dusty, or as I like to call him “Lil’ Duster,” we can begin to explore the dynamic of their relationship. The best place to start is the gigantic diamond ring that was placed on Gabby’s finger in May of 2014.

This has got to be one of the largest rings– if not the largest– I’ve ever seen a placekicker give his fiance. Good for you, pal, you’re making all the other kickers look like fools! Dustin Hopkins’ wife said that Lil’ Duster “gets props for the rest of his life” after he gave it to her. I mean, even she knew he was sort of overcompensating here. Duster, you’re a sweet guy. A few weeks prior to giving her the ring, Gabby gave him a thorough thrashing at the bowling alley, beating him 144 to 95 and talking a little smack while doing it. I think my best score was 139, so I guess that means she’s better than me too.

I am gonna’ keep it kind of real here, though, guys: Lil’ Duster and Gabby are two hardcore fake-smilers. They rank pretty high on the fake-smile-o-meter. We appreciate the effort, though. Dustin Hopkins’ wife was proposed in late November of 2013, from what I can tell. I saw a picture of Gabrielle beaming with happiness while Lil’ Duster knelt down with the giant prismatic rock that took a bite out of his checking account. Up to that point, they’d been dating for a bit over three years, which means they met in 2009. They’d done all sorts of vacationey stuff leading up to the proposal– the entire array of romantic dating activities, including going on a cruise. Looks to me like this couple is still cruising right along. 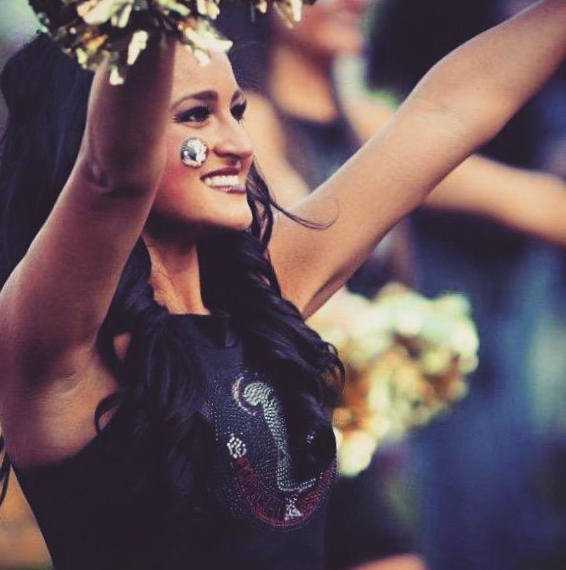