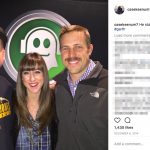 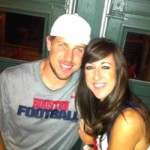 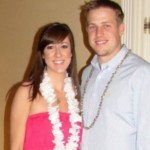 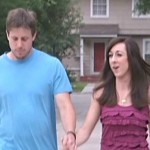 Case Keenum’s wife Kim Keenum married him on June 11, 2011.  And after the Minnesota Miracle TD Pass against the New Orleans Saints in the playoffs, Keenum pointed out how great that day was.

It’s probably gonna go down as the third best moment of my life; behind giving my life to Jesus Christ, marrying my wife, and this one’s right there close.

So now that we know how important Case Keenum’s wife and their marriage is to him, let’s find out more about Kimberly Keenum.

Both Case and Kim declared they would abstain from sex until their marriage. The wedding took place in Abilene, Texas. This is the same town he grew up in and also the same place the couple first met. They began to date in high school. When he proposed, he brought her to his college practice field. Case lined the path with rose petals and candles. Family members also attended the proposal and watched him drop a knee.

In an interview with ESPN reporter Ivan Maisel, Case Keenum’s wife appears as a subject. Case said he realized how much she loved him and that she showed it clearly. He also told him she arranged her bridal portraits at the stadium. Case thought that was funny. A Twin Cities article from 2017 reiterates the amount she helps him. According to the article, Kim drills Case and other players on all the plays in the playbook. Indeed, this is confirmed by another article by AOL in September of 2016. In that article, Kim says it’s fun for her to learn the plays so she knows exactly what he calls out in the huddle.

In the HBO sports show Hard Knocks, Case Keenum’s wife and he appear multiple times. The AOL article says she explains the game to other wives and girlfriends. She also hosts them at their home. Based on Case’s social media feed, she enjoys all kinds of fun activities with Case. For example, they attended a Garth Brooks concert in December of 2014 and actually met the one and only Garth Brooks. Since the couple also grew up in Texas and attended the University of Houston, they visited the NASA Museum. Kim appeared at the navigation control board and posed for a photo.

It’s also noteworthy how Case Keenum’s wife nursed him to health when he suffered from a serious injury in college. He hurt his knee, and she stood by him. Case credits her as a major supporter in an ESPN article from October of 2011. The author says he kept her photo in a plastic sleeve in his playbook at the time. His whole life, Case enjoyed hunting. He did not, however, share photos of Kim on a hunt. Most of the hunting photos of him and his friends are of birds. He says both he and Kim have a sweet tooth, and they frequent frozen yogurt shops. 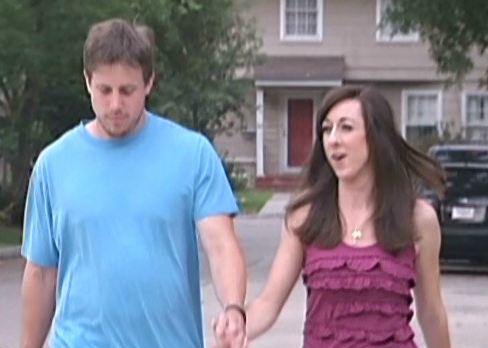