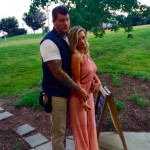 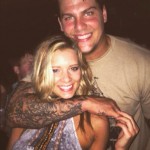 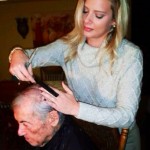 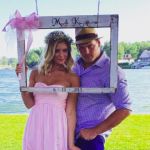 Taylor Lewan’s girlfriend Reagan Agee is all about friends and good times. She’s got some of the most social pictures I’ve seen of any player wives or girlfriends on Instagram. That is, the ratio of “with friends” pictures to “solo” pictures is so high that one must assume she feeds off the energy of others. It looks like she has a large group of very close friends, and she hangs out with all of them. She’s very much in her college-partying phase.

I don’t actually think Taylor Lewan’s girlfriend Reagan Agee is still in school now though. I know she’s a professional hair stylist, and I saw a picture of her cutting what I assume is her (great?) grandfather’s hair (he was 93 years old). It would be pretty amazing if she had a child when her great-grandfather was still alive simply because it’s rare to ever have a great-great grandfather in any family. Anyway, she seems to know what she’s doing with a pair of shears. She also had someone take some photos of a haircut she gave a woman, and I think she did that to create a kind of portfolio for her work. I respect the hair-cutting work because I used to try to save money and give myself haircuts, and it never works well.

Taylor Lewan’s girlfriend looks fantastic in her stylish partywear and everyday ensembles. Reagan’s Instagram feed really is an endless stream of hanging out with tons of people and smiling for the camera. It’s almost like she wrote the book on how to put together a slew of pictures for good memories. Looking at her get-togethers with friends conjures up good time memories for me, and I was even’t there. Reagan will also flash an occasional Ronald Reagan quote, and I’m sort of thinking she was named after the guy. 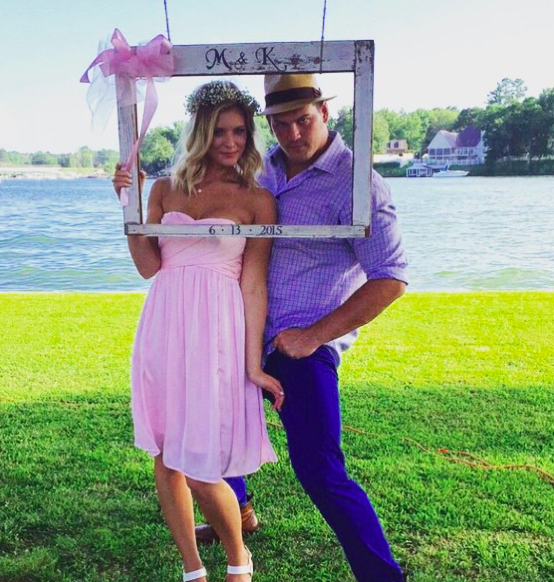