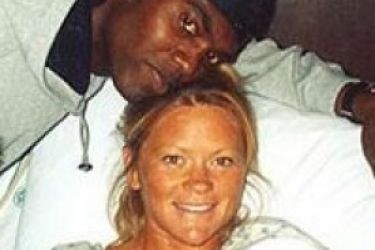 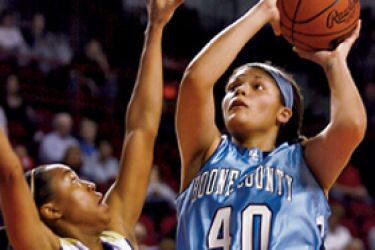 UPDATE: Randy Moss’ daughter Sydney Moss, one of four children he has with Libby Offutt, has formally announced that she will be attending Florida to play basketball.

Randy Moss and his girlfriend Libby Offutt have been together since high school, and have been through one of the most tumultuous relationships you’ll ever hear of.
Together since high school, the couple faced consistent racial taunts and threats in Rand, West Virginia, which only escalated after their first child was born during their senior year. Comments from white people upset about Randy dating a white woman are rumored to have started Ran-U’s infamous high school fight which cost him his Notre Dame scholarship.
After surviving and escaping that difficult situation, more drama surfaced in 2008 (the week before the Super Bowl), when Randy had a restraining order filed against him by Rachelle Washington. Randy was alleged to have physically assaulted her, which he only described as an “accident.” Randy did acknowledge a “friendship” with Rachelle during the previous 11 years, but only brought this up to express his feelings that she was only after his money.
After finally getting the restraining order dropped, Randy again faced scandal after being caught on camera grinding in a club with Miss Kentucky, Alysha Harris. Randy never commented on this.
In a rare turn in the sports world, we can happily report that as far as anyone knows, Libby, Randy and their four children are still together to this day. 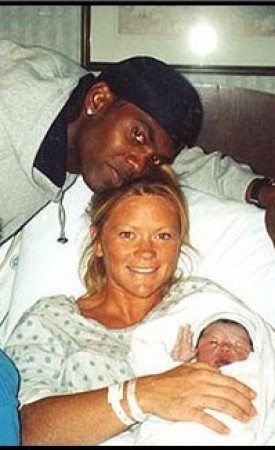