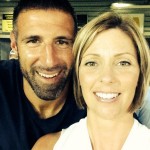 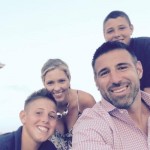 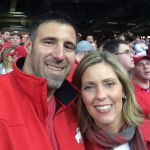 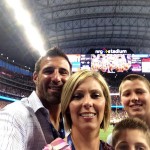 A while back, Mike Vrabel’s wife Jen Vrabel threw her hat in the Twitter trash-talking circle.  She went after Bret Bielema’s wife (the coach of Arkansas).

The whole reason for this is sort of convoluted, but basically it’s because Bielema’s wife was saying Wisconsin losing against Arizona State was “karma.” So when Rutgers beat Arkansas, Jen Vrabel said it was “karma.” So there you have it– they managed to make news out of a very subtle jab that was re-purposed to needle the wife of Bret Bielema. Nice work, Jen.

Jen and Mike have two kids, and they both look exactly like Jen. Their names are Tyler and Carter. I guess there’s some resemblance to Mike as well, but I definitely think Jen has the more dominant genes. During his time in Houston, the family did lots of Texas things.   That includes going to lots and lots of football games, naturally.  Football is in the blood.  Tyler Vrabel is playing football at BC right now.  Massachusetts is also in their blood.

The Vrabel family also seems to like vacationing and hitting the beach. Jen has posted some old tropical Caribbean photos from back in the day on her Twitter. Mike Vrabel’s wife Jen Vrabel is understandably happy to be living in sunshine now. She’s told her friends that she doesn’t want to be in Boston, and after humongous snow storms, you can guess why. Both Jen and Mike are Ohio State fans, which is an easy fate after playing and coaching for the school.

There’s sort of a lot going on in Jen’s life. She frequently updates her Twitter with news about her family, she’s always talking about Ohio State, and she loves to update the world about what Mike is up to. She recently shared a picture of her son Tyler with his young date for some kind of homecoming game. I have no idea what she was talking about when she said “homecoming mums and garters for all you non-Texans” but then she said “it’s a Texas thing.” Texans always seem to have their own thing going on, and it never really makes much sense to any of the other states, but c’est la vi. Mike and Jen definitely strike me as family types, and they’re always getting together to go on outings or dinners and whatnot to celebrate various life events for themselves or their kids. 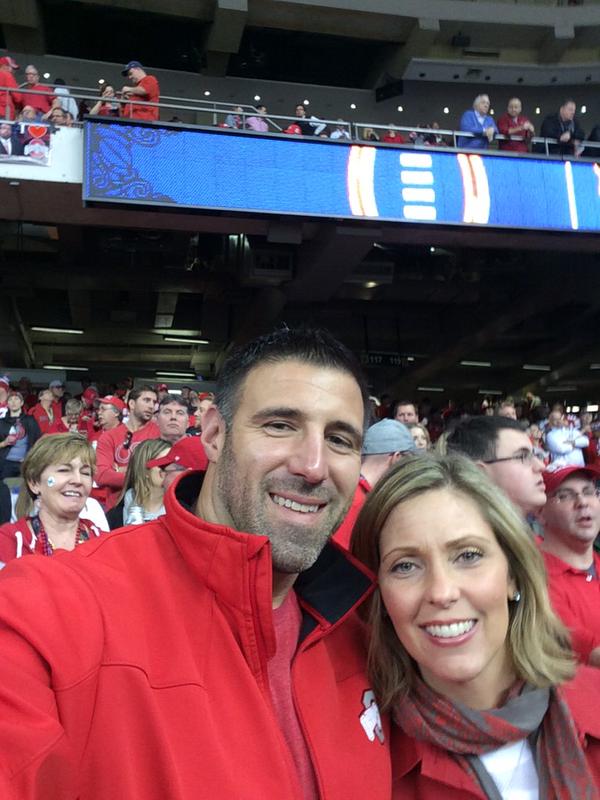