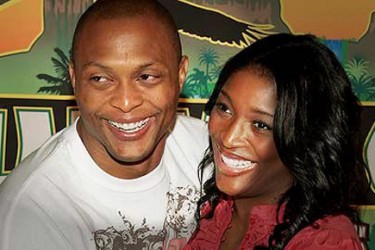 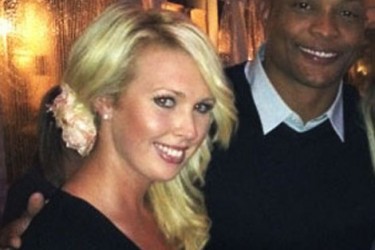 It’s not often that we are forced to dip into the retired player pool to come up with a post, even if said retired player is one of our favorites of all time. However, Eddie George has been in the news recently, forcing our hand, and making us come up with this post:
Let’s start with the facts before the drama:
Eddie George is married to Tamara Johnson-George, who is better known as Taj from her days in the R&B group SWV. Eddie and Taj were married in 2004. People may know Taj better in current days from her stint on Survivor: Tocantins (in the name of full disclosure, my mother told me a year ago that I should cover her, but I didn’t listen never imagining we’d need to talk about her again). Taj made a strong impression on that season as she clashed with teammates and host Jeff Probst, but managed to win America’s affection in the process, evidenced by her finishing second in the fan favorite vote, despite beginning the show not knowing how to swim.
Off screen, the George family has spent a lot of time in the charity community, specifically focusing on and holding fundraisers for organizations supporting victims of domestic abuse.

OK, so now for the drama: After a charity golf event in Florida on March 7, 2012, George was a passenger in a car driven by smokeshow pro golfer Rachel Connor. Unfortunately said car was pulled over by the cops and Connor was booked for DUI, though George was charged with no wrongdoing. Immediately after the borderline suspicious story came out, George insisted through a statement that he was not infact cheating on Taj. George’s statement said that he learned that Connor happened to live closest to where he was staying, and he believed she was ok to drive that night. It continued by saying:

“At first, I hesitated to respond to this story. But I now see that people are willing to think the worst. So my wife, Tamara , and I believe we have to address this.
“Rachel Connor was simply trying to be nice by offering me a ride. No one in our group felt she was impaired or we all would have stopped her from driving.”

George has insisted that there was no infidelity, tough there are still plenty of speculative rumors floating online. We’re doubting this is over quite yet, and will keep you posted. 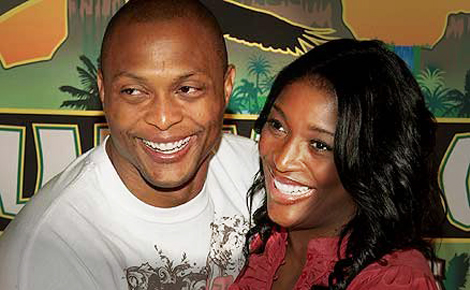