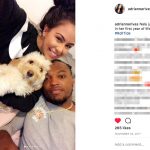 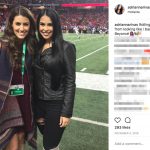 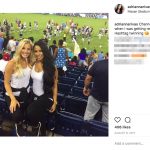 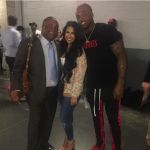 Derrick Henry’s girlfriend Adrianna Rivas turned twenty-three years old on May 22 of 2017. In January of 2018, she wrote a special post to Derrick. She said she couldn’t put her pride of Derrick into words. Adrianna said she never doubted his grit and determination. She also said she thinks his team will win a Super Bowl. What do the New England Patriots think of that? In June of 2017, Adrianna showed up in Mexico for a vacation. Did Derrick go with her? The first appearance of Derrick in her social media timeline came in November of 2017. Since then, he showed up once. How long have the couple been dating?

Enough question – Time for what you know about Derrick Henry’s girlfriend!

Derrick Henry’s girlfriend also owns a miniature Golden Retriever Poodle mix named Nala. Adrianna posts a lot of pictures of her dog and refers to her as her “ride or die” chick. Derrick Henry’s girlfriend called Nala one of the best things that happened to her in 2017. Since she posted so many pictures of Nala as the dog grew up, her followers watched her get bigger over the months of 2017. Nala’s first appearance on Adrianna’s timeline came in January of 2017. Adrianna also described the dog as having memory loss because she forgot to go to the bathroom outside.

Derrick Henry won the Heisman Trophy in 2015, and afterward he posed for a photo with President Barack Obama. In the photo, they both posed in the Heisman stance. Derrick Henry’s girlfriend posted a link to an eyebrow threading website in her profile. Derrick also works on his own physical aesthetics, but they are based solely on weightlifting rather than eyebrows. He shares videos of himself at the gym lifting weights. Adrianna also shares some of her philosophy on social media. She believes that everything happens for a reason. She said she thinks she will always end up grateful (eventually) after things didn’t turn out the way she wanted them to.

From Dallas to Smashville

Since Derrick Henry’s girlfriend used to live in Dallas, she now spends a lot of time at Nissan Stadium in Nashville. She regularly shares pictures of herself attending games. Derrick appears in local news posts when he helps his team there. For example, Tennessean featured a heroic news post about Derrick after he posted career-high numbers in January of 2018. That performance led to the Titans’ defeat of Kansas City. The world will soon know if Adrianna’s enthusiasm and encouragement to Derrick will yield a championship in 2018. 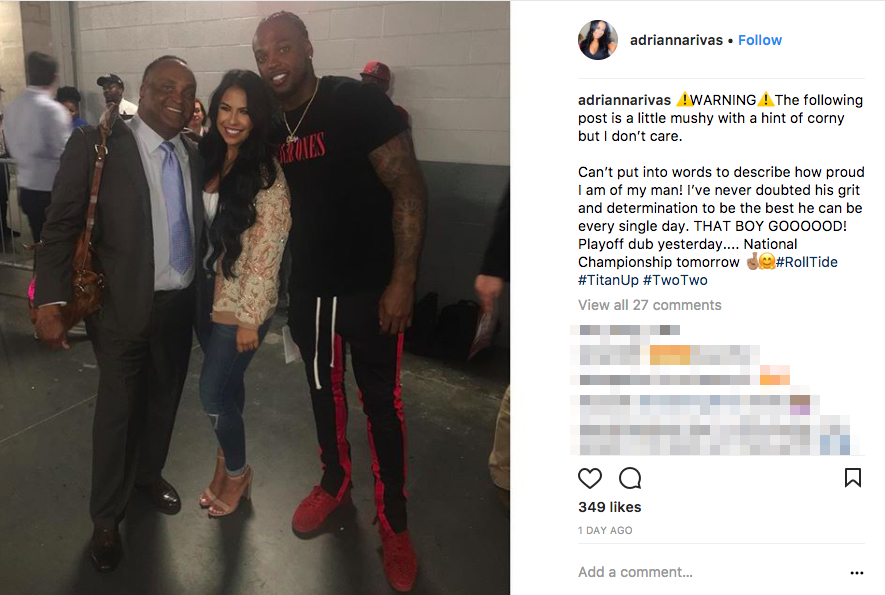