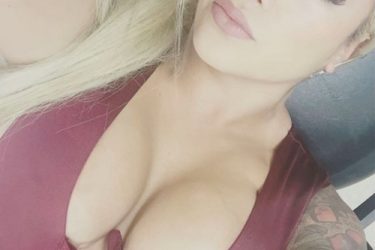 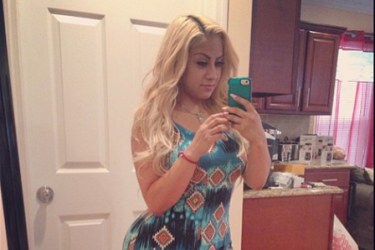 Is Sheldon Richardson’s girlfriend Jacky La Rubia? I personally doubt it, but we received more than one email pointing us to this one. Ah, you gotta love the anonymous tips about budding relationships. Jacky works at a strip club somewhere in my fair city of New York. Miss La Rubia can also boast 327,000 followers on Instagram. We know that Jacky has a son who is about six or seven years old. She also works or worked in various Queens gentleman’s clubs. Many NFL players frequent these clubs, and she probably met Sheldon at one of them. I doubt they met while they browsed the aisles in a grocery store.

The nature of relationships between professional pole dancers and professional football players is tenuous. While it’s true feelings can develop between two people even when there’s monetary transactions involved, those transactions tend to dilute the relationships. Is Sheldon Richardson’s girlfriend Jacky? If so, maybe there are no transactions. Maybe they go on dates to restaurants and movie theaters and picnics. Maybe I’m jaded, but I somehow doubt it. I’m probably just perpetuating a stereotype that strippers don’t enjoy traditional courtship. Jacky herself enjoys time with her Queens friends when she’s not working. Her social media posts consist of her with friends and her son eating and joking around at the beach. She seems like a fun person.

Really, we have no hard evidence at all that Sheldon Richardon’s girlfriend is Jacky La Rubia. I don’t even know if her real name is Jacky La Rubia (I suspect it’s not). Her most entertaining Vine (she used to use Vine) is her going to a beach and calling her friend a retard for putting her bikini bottom on the wrong way. She also posted another video of her with her friend at a restaurant. She says, “the bread is here,” and her friend says she doesn’t eat bread. Then, Jacky says, “but we came here for the bread,” and her friend replies, “psych!” and grabs some bread. Good old fashioned Queens fun. 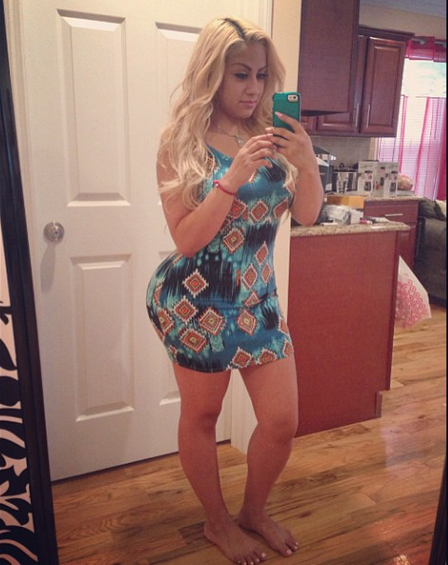