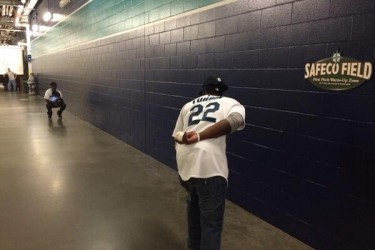 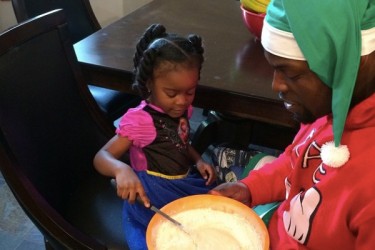 Robert Turbin’s girlfriend Devin gave some random guy an amazing Christmas present. If you haven’t heard this story yet, it really is awesome. There’s a video below that documents the entire situation, but in case you’d rather read about it and hear what we have to say about it, please proceed.

Essentially, Turbin’s girlfriend Devin has not been captured on camera and has not been completely identified. She’s like the yeti or sasquatch of cool and generous NFL girlfriends. She ran into this guy at a Seahawks game who was wearing a Seahawks jacket, and she asked to put on his jacket so she could snap a picture of herself to send to her boyfriend. The guy asked why, and she told him her boyfriend is Robert Turbin. Turbin himself is a solid running back and looks like a bodybuilder. Seriously, have you guys seen the arms on this dude? He’s a freak! Anyway, the guy said sure and that it’d be great if he could get something autographed by a player from the game. She agreed, gave him a number to call after the game was over, but his phone died. Long story short, this Devin apparently told Robert what happened, and he had the entire team sign a Seahawks helmet and shipped it to him. Absolutely awesome Christmas present.

Now, I don’t know how these types of things work in the Seahawks organization. For all I know, the organization designated a time when the entire team gets together and signs dozens of helmets for gift-giving purposes. If this is the scenario (and I believe it is based on what I know about professional sports organizations) I still find this to be a great story. Think about it– how many helmets do you think they have the team sign? I’d imagine the upper limit is 200 helmets. Okay, so you’ve got 200 helmets for anyone in the organization to give as presents, but that’s almost nothing when you think about how many actual people work for the Seahawks. That’s like 1 helmet per person, and I really don’t believe they’d have the players sign 200 helmets anyway. Any way you slice it, this helmet is a freaking amazing gift. And it’s all thanks to Robert Turbin and his awesome girlfriend Devin. 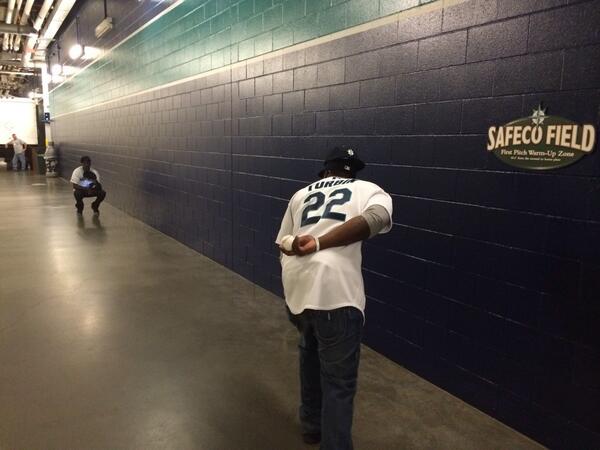