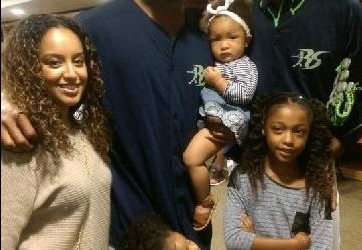 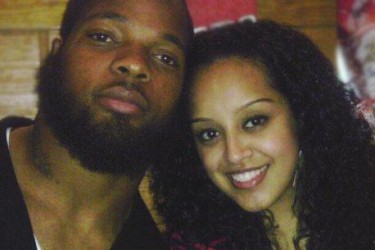 Michael Bennett’s wife Pele Bennett married him in 2012 after eight years of dating. They were wed in Hawaii, and Pele is called a local girl by Hawaii newspapers, but she claims to have grown up in Houston, so I guess she was born in Hawaii and moved to Houston early on. Her statement about having the wedding in Hawaii went as follows: “Although Mike and I both grew up in Houston, Texas, Hawaii holds a place in our hearts for many different reasons.” How about because it’s way nicer than Houston?

Some controversy surrounded this couple a few months back, but before I get to that I’d like to point out the good community work Michael and his wife Pele did for the Ocean Health festival in Oahu, Hawaii. Bennett paid for the entire festival which apparently helps local families in Hawaii understand how to eat and live healthier. I would be willing to bet that Hawaiian cuisine is really tasty. I’m imagining  all kinds of fried fish topped with coconut shavings. Michael also did a charity benefit for obesity awareness.

Anyway, let’s get to that controversy: Michael and his wife Pele abandoned their four-month old boxer puppy at a dog daycare. The couple formerly lived in Tampa, Florida while Michael was playing for the Buccaneers, but when he got traded to the Seahawks, they moved to Seattle and decided to just leave the dog at the daycare and never take him back or return any calls or anything about him. They then decided they weren’t even going to pay the $5000 bill they had racked up by doing so. Then, a judge ordered them to pay over $8000, which they then ignored again. Finally, the judge sent out a warning telling them they’d be in contempt of court if they didn’t address the matter, so they ended up having to pay $15,000. So on the one hand the couple does good things for humans, but on the other hand it seems dogs don’t factor into the equation. The daycare found a new owner for the dog eventually, but he went a year without one. 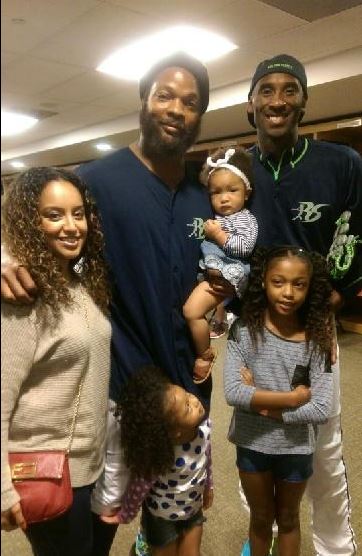