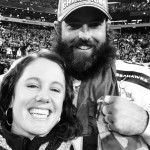 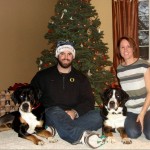 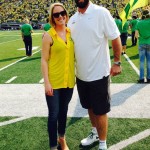 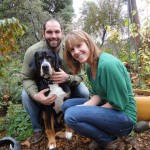 Max Unger’s wife Leah Unger has two very handsome Greater Swiss Mountain dogs. They’re a fairly rare breed to see here in America, and this means Leah has got good taste in dogs. They dogs are named Vader and Sierra, and they’re difficult to tell them apart. They’ve had them since around 2010.

Unger and wife Leah were married in the summer of 2012, as he noted in a small post back then for the Seahawks website. They’re certainly Pacific Ocean people, as Max is a native of Hawaii (like the Detroit Lions center Dominic Raiola) and Max and wife Leah have lived in Bellevue, Washington the entire time he’s been in the NFL. The couple met at the University of Oregon, and Leah is originally from Coos Bay, Oregon. They both graduated in 2009, with Max being drafted directly to the Seahawks, where he’s been ever since. Weirdly, Max’s scouting report said he was “not a great prospect,” but for some reason they also said has “starting potential on the NFL level for years to come.” Sounds like two different people with differing views about young Max put together his scouting report.

Leah is into fitness and running and loves being outside. Whenever she gets a chance, she seems to be somewhere enjoying the outdoors or at the beach. Unger’s wife Leah recently showed off that her mother was featured in a kickstarter documentary about women of track & field in the last 100 years. Leah’s mother is named Fran Sichting Worthen, and she’s basically one of the most talented women college track stars of all time. Leah was most definitely a talented track & fielder herself in high school and college, but those days are behind her now. It’s always interesting to me how quickly the track & field bug fades away after college for even the most talented runners. 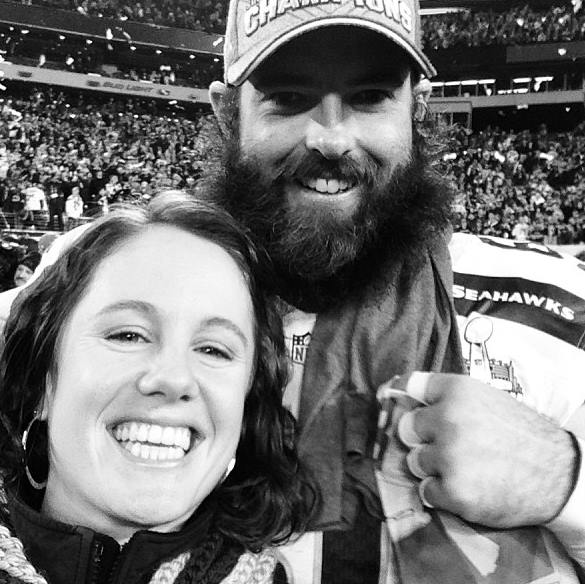