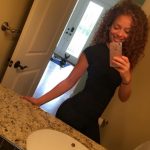 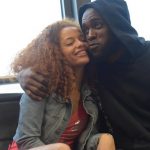 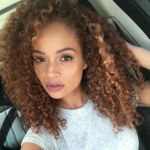 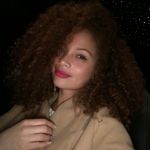 Kam Chancellor’s girlfriend Tiffany Luce has got a pretty unique look. Her natural hair color is like an auburn, and she’s got some charming freckles on her very light brown skin. She’s something of a tiny lady.  When she goes to the gun range, the kickback definitely tosses her backwards. The firing range is one of her favorite activities. Tiffany also would count herself as a part-time actor. She stars in a short film called “The Reason” from 2013.  Thanks to my crack-detective skills, I was able to track it down.  It’s less than two minutes long, and boyyyy oh boy is it cheesy!  Allow me to tell you a little bit about it…

The premise of “The Reason” is that a big tough guy is getting shipped off to battle in a faraway land.  He is leaving his little beloved lady (Kam Chancellor’s girlfriend Tiffany Luce) all alone at home! She essentially begs and pleads with him to stay, but he says he “has a duty to protect this country.” Yes, protection, that’s it! We need the big strong dude in blue camouflage to protect us all! It’s by no means imperial expansion and geopolitical positioning. The writing in the short film is really bad.  Yet somehow the acting of the male lead is somehow far, far worse.

However, even though Tiffany has some tough lines to deliver, her actual acting is not bad. Along with a horrendously bad male lead and writing, the editing is also atrocious and has no rhythm whatsoever. The soundtrack borders on Lynchian so it really doesn’t fit the tone of the scene. At the end of the short film, we find out that the reason he’s coming back is to see her again. So wait- he would’ve just stayed in Iraq or Syria or wherever he’s headed if he didn’t have a girlfriend back in America? What an adventurer! Sorry, Tiffany, you gave it a shot, but I’ve got to be honest about “The Reason”.  The world needs to know that it’s not worth seeing. Having said that: Ladies and gentlemen, I present to you “The Reason.”

I actually think “The Reason” exists as a kind of platform to show off acting skills. If that’s what it’s about, then it’s not a bad launching point for Tiffany.  It appears “The Reason,” is the end of her resume.  Her resume contains a tv series called “Next Please” before “The Reason”. Maybe the reason Kam Chancellor’s girlfriend  stopped acting was that she found something better to do.  Like go to Seattle Seahawks games. 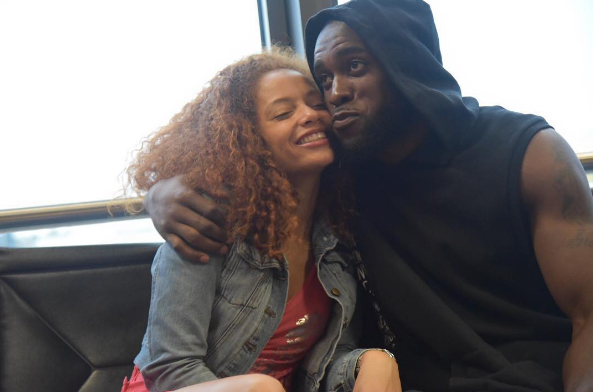