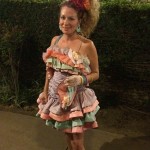 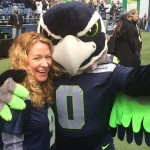 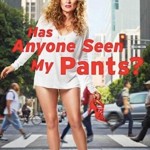 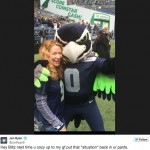 Well folks, Jon Ryan’s girlfriend Sarah Colonna is a bigger deal than he is, and it’s pretty clear that the Seahawks mascot “Blitz,” would agree. Fortunately, Seattle’s punter wasn’t afraid to call out the gigantic bird on his shenanigans by saying:

Hey Blitz next time u cozy up to my gf put that “situation” back in ur pants.

Now, I like Jonny Ryan, but Sarah is an all-around talent. For starters, she’s a New York Times bestseller. Granted, what actually qualifies as a “bestseller” by NYT has always been somewhat dubious and hard to pin down, but this lady’s got some talent.

Jon’s girlfriend Sarah was part of the roundtable on Chelsea Lately, and one of my favorite bits she did was the “4 Types of Boyfriends To Avoid.” It wasn’t for the show Chelsea Lately, but it is pretty entertaining. She explains in her sardonic yet seemingly accurate way four types of dudes to, you know, avoid. I guess the title is pretty self-explanatory, but she’s got loads of stuff like this up on Youtube. You can check out bits and pieces of her stand-up too, like when she talks about how she has trouble stopping herself from drunk texting even though she’s 39 years old, and so she deleted someone’s phone number from her phone in order to stop drunk-texting them only to go and find her phone bill later so she could drunk text them. Her new book coming out next year is called Has Anyone Seen My Pants? so you get the idea– she likes the laughs. She’s been a stand-up comedian for her entire career and recently taped a one-hour special.

Sarah also has a list of TV appearances under her belt. She’s been on Scare Tactics, Days of Our Lives, Invasion, United States of Tara, Monk, Strong Medicine. All of these serve to impress Jon, as he’s only appeared momentarily to punt the football on NFL Sunday and Monday Night Football, so his girlfriend Sarah once again outdoes him. Her career as a writer on Chelsea Lately really launched her, though, as she would tour with Chelsea and perform in places like Radio City Music Hall. 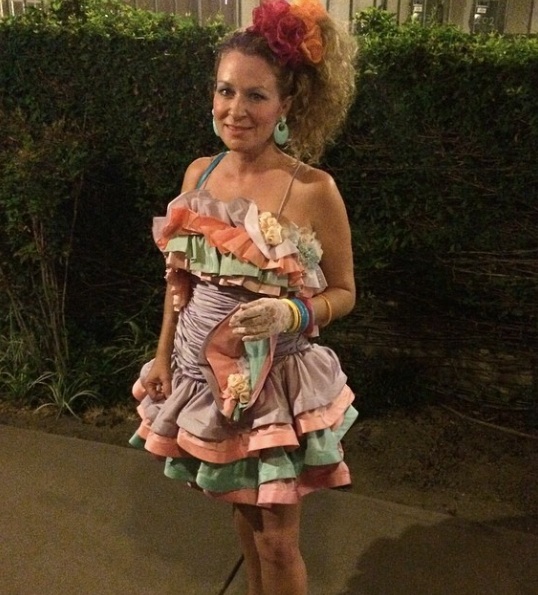