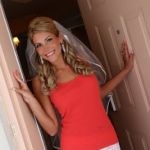 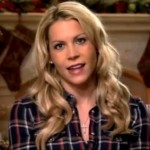 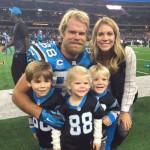 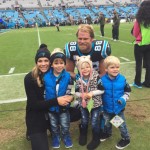 Greg Olsen’s wife Kara Olsen has been around for quite a while. Greg and Kara met in 2003 while Greg was only 18 years old. They married on March 21, 2009 in Palm Beach, FL, an extravagant wedding that was attended by multiple NFL stars including Jon Beason and Drew Stanton as well as many of Greg’s teammates including Brian Urlacher and Devin Hester.

The first Olsen kid came into the picture in 2011.  Tate was born in 2011.  In 2012, the Olsen’s learned they were expecting twins, though a much more difficult journey awaited them this time.

In 2012, Greg Olsen’s wife Kara Olsen was featured in a segment on ESPN.  While still in utero, one of the twins had been diagnosed with a heart defect.  The conditin was known as Hypoplastic Left Haeart Syndrome, or HLHS.  An HLHS diagnosis requires significant medical attention both during pregnancy, and immediately after birth. TJ (a name that was pre-selected for the child) underwent multiple surgeries for the condition, including one very close to his birth.  Twin Talbot was born without any complications.

Immediately after the ESPN piece, Olsen went to Twitter to thank fans for the support after people learned of the condition, saying:

“The outpouring of support my wife and I have received after today’s piece has been amazing. We appreciate it all. Special thanks to the families who reached out to share their experience with HLHS. Our son will be a fighter. Thanks to u all.”

Let’s end on a happier note

In lighter news, Greg Olsen’s wife squared off against Greg’s teammate Desmond Clark in an ESPN Magazine segment “For Love or the Game,” which pits player’s wives against teammates to find out who knows the player best. In an impressive showing, the woman who’s been with Greg since the age of 18 demolished Desmond in nailing all 5 questions correctly.

Kara enjoys golf, and was at one time a high end realtor in Chicago. 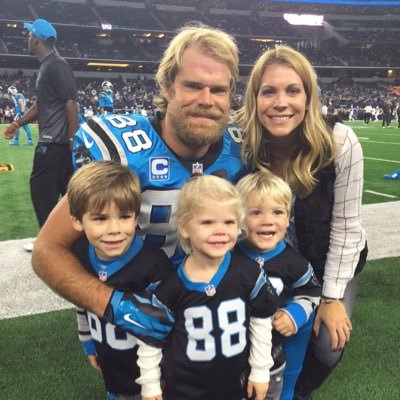