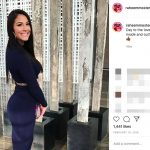 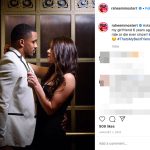 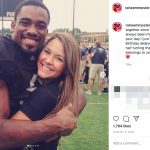 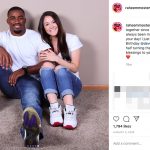 That’s an impressive location for that news to be dropped out there.  Comes before his title of father.  Comes before his endorsement deal, bible verse, college, and even his home town area code shout out to Daytona Beach.  Honestly, we kind of expected this post to be about Raheem Mostert’s girlfriend, so we appreciate the clarification.

So, you’re Raheem Mostert’s wife and you’re publicly adored like this, what is that like?  I mean hell, your Insta handle is in there.

And honestly, that’s really damn smart.  Raheem and Devon Mostert are new to this whole fame thing, while also balancing being new parents.  Gunnar Grey Mostert was born in June, 2019, and Raheem took to post the incredible news.

Raheem Mostert’s wife entered the picture when they were freshman at Purdue, and they have made it seven plus years together since.  They tied the knot officially in March, 2017.  That says a lot about the strength of their relationship.  They started dating in college, and survived that entire time.  Then they made the transition to pro ball, which is a challenge unto itself.  But, imagine that challenge includes stints with Philadelphia, Miami, Baltimore, Cleveland, New York, and Chicago over two seasons.  All this happening before finally landing a home in San Francisco in 2016.  Those two surviving is inspirational.

We are not going to sit here and devalue the role of wives and girlfriends of professional athletes.  Their time is not just wide open highways of pilates classes and social functions.  Many hold down careers, while also raising families, conducting charity in the community, running the house, and being their husband’s biggest fan.  All of that is true for Devon Mostert.  But, Devon also has a blog, holds down a blog , themostblog.com.  It hasn’t been updated often, but the fact she sought out an additional endeavor speaks to the type of hustler she is.

Hopefully she can add some insight about the 49ers trip to the Super Bowl, which is happening in most part because of his performance on the ground.  We’ll certainly be rooting for the Mostert family! 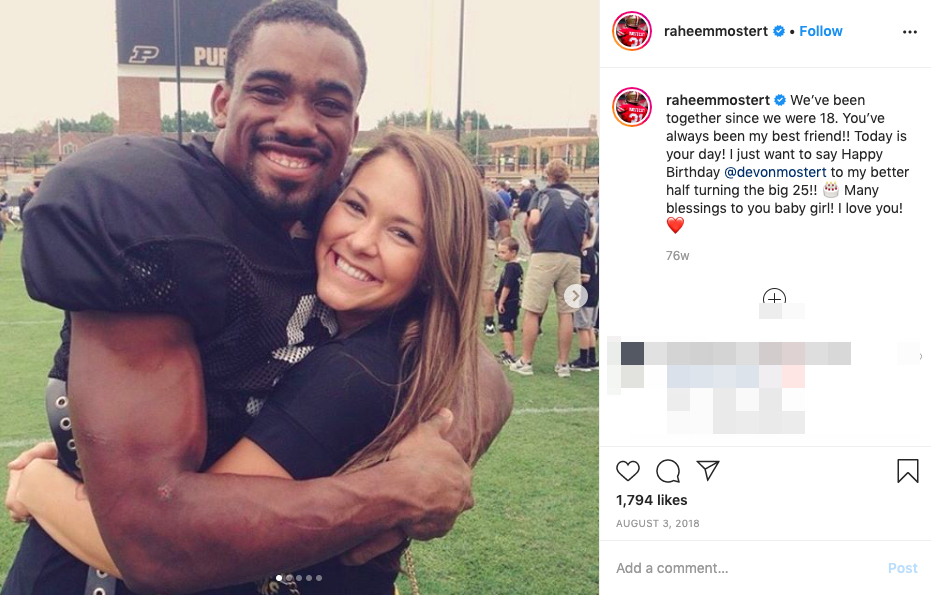