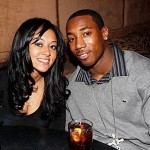 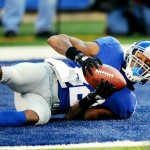 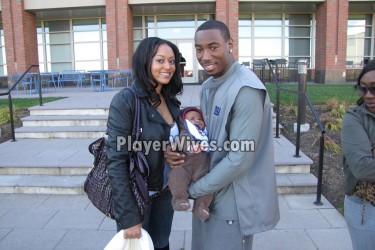 Currently the New York Football Giants #3 receiver, Mario Manningham came into this year as a leading candidate to become the next big thing (read: Plaxico 2.0). Despite being surpassed in the depth charts by the salsa dancing Victor Cruz, Mario still seems to have his dating life in order.

Meet Mario Manningham’s longtime girlfriend, Tiffany Hughley. Manningham has been dating Hughley since at least December, 2009. We believe the couple has a child together (though we know Manningham had a boy born in 2010). In various articles, Manningham has credited the birth of their son, Mario Jr., with helping him grow up on and off the field. In an article with the Star Ledger, Maningham said

“It made me change as a person and as a player. Now, I’ve got a person to take care of. “I’m hungrier. Not saying I wouldn’t be hungrier if I wouldn’t have had him, but it makes you want it more. I’m feeding for two now.

Although there is essentially no info about Tiffany specifically available, ironically, the girl of Plaxico 2.0 shares the same first name as Plax’s wife. 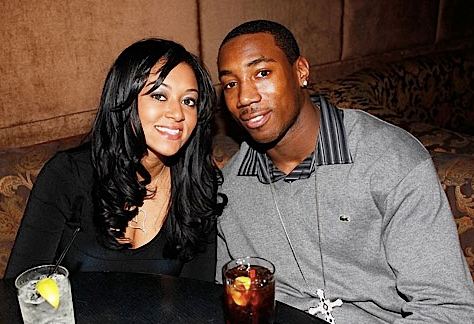