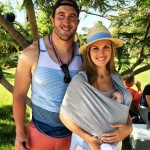 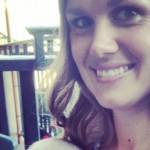 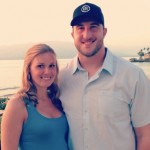 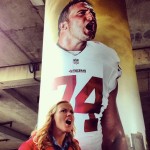 Joe Staley’s wife Carrie Staley has just given birth to a cute little baby girl who is now six months old. I believe the youngins name is Grace Staley– cool name. You know, browsing through some of the pictures on social media, the couple have some artful wedding photographs, and I am a tough customer when it comes to wedding photos. So if you’re looking for a wedding photographer that’s a cut above the rest, call Joe and Carrie.

Carrie grew up in Encinitas, California, and she attended Notre Dame and was a star soccer player. The timeline for the relationship is roughly as follows: Joe’s wife Carrie became engaged in April of 2013, she then married the big fella in January of this year, and the two had the baby a few months after that, though Carrie was looking mighty nice for her wedding. She calls 2014 the best year of her life, and the marriage+baby combo will often do it for a new bride, especially if they’re married to a 300 pound wrecking ball with a good heart. Joe actually hosted a show called “The Joe Show” on the 49ers website. It’s pretty much just him goofing around and talking to his teammates, but you get the sense he’s a cool guy. Carrie posted a short video of Joe scarfing an entire cotton “weave” or whatever you’d call a full unit of cotton candy. A stick of cotton candy? A web of cotton candy?

The last important thing to know about Joe’s wife Carrie is that she actually went on to become a professional soccer player up until around 2011 or so. She played in a league called the National Women’s Soccer League, which I’d never heard of before. Man, a pro soccer player and a pro football player as your parents. Their daughter is going to be a powerhouse. 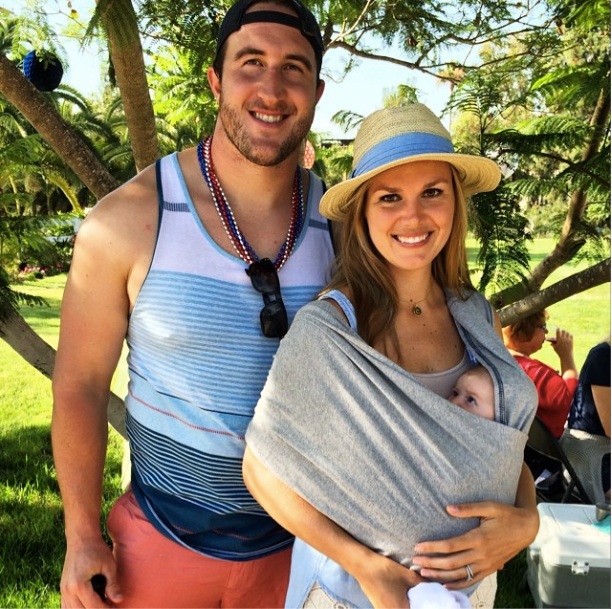