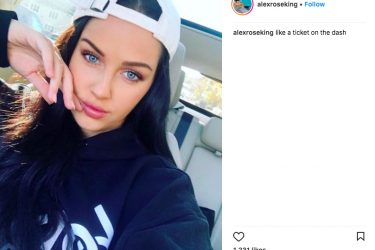 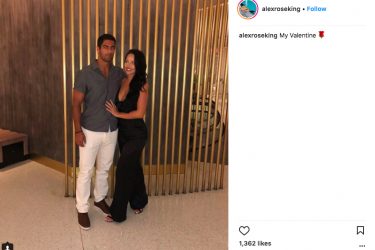 So this one sort of sprang up, and apparently died down again relatively quickly.  It goes like this.

Jimmy Garoppolo’s girlfriend was reportedly a VIP Bottle service girl in the Sacramento area.  This rumored relationship was confirmed when the 49ers QB followed her on Instagram.  Considering he follows roughly only 400 people, most of whom NFL colleagues, it wasn’t nothing.

Now shortly after this story snuck out, Jimmy (or his people) raced to Instagram to make the unfollow official.  Is that knee jerk reaction proof of the fire to this smoke?  You be the judge.

It appears that Jimmy Garoppolo’s girlfriend has finally revealed herself folks.  And then things went bad.  But, maybe they’re back again?  Lets dive in.

Anyways ,we all knew she had to be out there.  I’m a 36 year old straight guy with three kids, and I’m telling you point blank.  Jimmy G is too beautiful to be single.  And,…. well…..

Yes folks, it’s true.  Jimmy G scored himself a touchdown.  Terez Owens reported it first.  But, thanks to how the media works in 2018, they were three weeks late to something that Alexandra reported herself.  And to be fair, we were even later.  No knock on Terez.  The day after Valentine’s Day, Alex threw up a picture of the pair with the caption of “My Valentine ?”.

In 2018, that’s as official as official gets.  Once you’re in a social media relationship, you’re in it for real.  To be fair, Jimmy Garoppolo is still running very polished, and very not revealing social media accounts.   He has not confirmed her status one way or another.  And while we joke about Terez’s timing, they definitely have more information than anyone else thus far.  Quoting the earlier TerezOwens link:

This one comes to us via the Tip Line and it’s a good one.  According to the tipster Jimmy Garoppolo has a girlfriend that he’s been dating since his time with the New England Patriots. Her name is Alexandra King and she’s a model from the Boston area.  As you can see from the picture above the two did spend Valentine’s Day together.

Well yes, that’s technically true.  Immediately following the jaw dropping trade from the Pats, 9ers faithful were thirsty for as much information as possible about their savior.  SF Gate ran an article about the chiseled from stone signal caller, at one point saying:

Garoppolo was named one of the 24 sexiest guys in the NFL by Shape.com when he was with the Patriots, but still has no wife or girlfriend, making him the newest most eligible bachelor in the Bay.

In fairness to them, until Valentine’s Day 2018, there’s truly been no public information about his dating life.

Fast forward to the 2018 Season

And, Jimmy Garoppolo tears his ACL, and dashes the hopes and dreams of 9ers fans everywhere.  And, when Jimmy Garoppolo’s girlfriend took to Instagram following the injury, she hammered the under in the comment word count saying only,

Ouch.  One smiling emojji punctuated the cold-as-ice comment, but that was it.  One has to assume that’s not the commentary of a doting, loving girlfriend so speculation ran rampant that they were kaput.

Well, not so fast, according to SportsGossip.com.  It appears that by the end of 2018, the two were back on speaking terms, and following on social media again.  So the glimmer of hope exists that these two crazy kids figured it all out.

Prior to Alexandra, the closest thing we’ve ever come to learning about his personal life was a slew of rumors more than four years ago.  Various outlets were contacted by a woman going by Amber who was happily shopping pictures of the two of them together in bed.  One of those picture, by the way, was very clearly not Jimmy Garoppolo in bed, so there’s that. 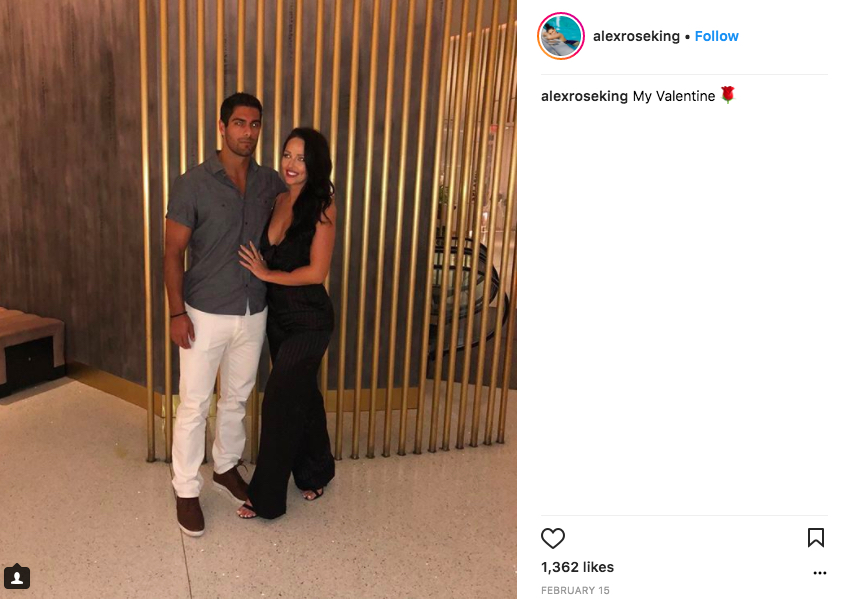