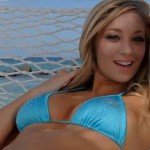 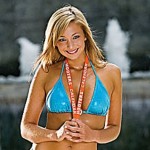 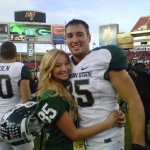 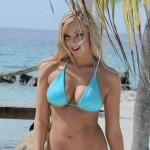 As we roll out our coverage for the 2012 NFL Draft, we’ve been trying to cover the guys drafted on Thursday night sitting in the green room in New York. There are probably players who are going to be drafted long before Michigan State’s TE Garrett Celek that we could have spent our time researching and posting on,… but we promise you, the reader, that would be a travesty and disservice to you.

Meet Garrett Celek’s girlfriend Sarah Hinton. Sarah was a contestant in the 2010 Miss Hooters competition and also in the 2012 Hooters Dream Girl Aruba competition. She began working at a Hooters in Saginaw, MI, during her Freshman year at Michigan State. She has appeared in various Hooters calendars, including being the featured model on July 2011. Admittedly, she didn’t walk away with either of the Miss Hooters titles, but I think she’ll easily walk away with the Miss NFL Draft 2012 title.

As if that’s not enough for you, let’s take a stroll through her Hooters profile. She enjoys going to MSU Spartan football games and would want her boyfriend to cook her the following meal: “A nice juicy filet with asparagus and potatoes.”

Seriously, Garrett,… who cares when your name gets called. You’ve already won with your girlfriend Sarah Hinton. 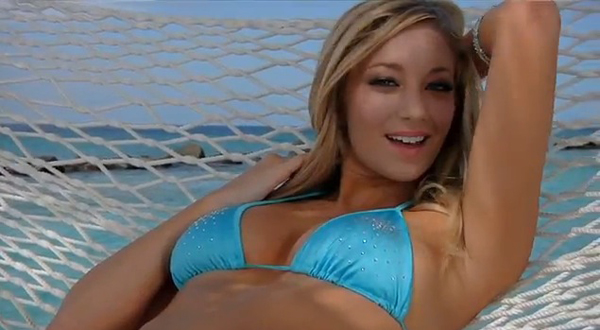