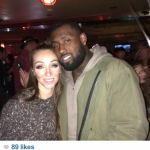 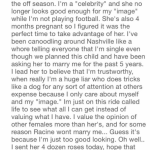 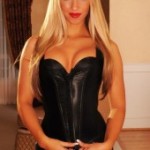 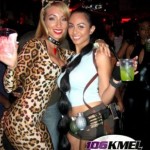 UPDATE 02/15/2015: Delanie Walker’s girlfriend Racine Lewin does not play around. Unfortunately for the Titans tight end, this time, Racine’s venom was directed squarely at him.

On the morning after Valentine’s Day, Racine took to Delanie’s Instagram account to absolutely crush the guy, worse than any shot from a safety over the middle could deliver. Racine, clearly fed up with Walker’s allegedly wandering gaze, let it all hang out. Included in the rant was the information that she is four months pregnant with the couple’s first daughter.

All told – amazing effort by a woman burned. And a reminder to every professional athlete on earth – before you leave home, make sure everything is square with the house. Take a look at the full transcript in the image gallery to the right.

The email came in a few weeks ago from a cat named Tyson. He told us in no uncertain terms that Delanie Walker’s girlfriend Racine Carmel was simply too hot to not be on this site. After some serious research here,…. Tyson was right.
Meet Racine Carmel Lewin; Model, student, girlfriend.
Now let’s get this out of the way now. Our basis for covering her begins with a reader tip, and some sleuthing on our own. While there is nothing in print from traditional journalists on the two being together, a large amount of circumstantial evidence supports this.
Racine ends two separate emails with MXyMag.com thanking, or professing love for Delanie. Another site with reader forums has many folks commenting that the two are infact together as well.
Racine’s twitter page celebrates a TD on 10/16, which also happens to be be the date of one of Delanie’s 3 TDs on the 2011 season. Finally, in an interview with the 49ers official website, Delanie said his girlfriend makes a great chocolate chip cookie, and Racine totally looks like she can bake.

Racine has been modeling since the age of 12, when she began by modeling for a department store catalog. The self described half-Sicilian, half-Kentuckian has stayed in the industry since, but went to school at San Diego State University, and cited in an interview that there are so many career paths in the modeling world, that going back to school was an essential move to make for her career path. 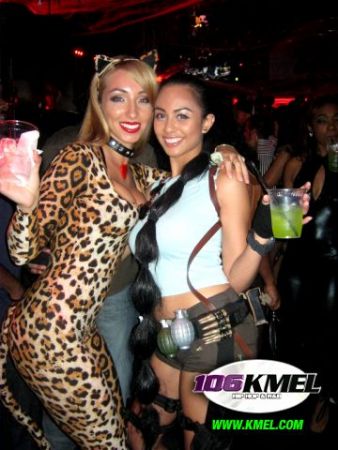