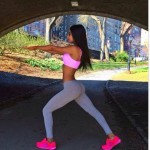 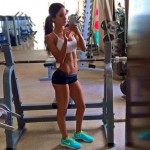 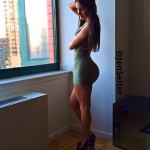 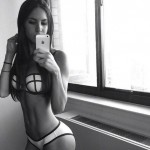 In these times, Twitter and Instagram are highly effective dating hubs for famous people. The sheer convenience of looking someone up whom you know is already interested in you is hard to beat. It can sometimes come back to bite you, though. James Franco’s snafu with a Scottish 17 year-old (who was about to turn 18) is a good example. On the one hand, social media is an efficient and direct way to make contact, and on the other hand it potentially airs one’s private life to the public. That’s why Colin Kaepernick’s girlfriend Jen Selter is an interesting case and perhaps a mixed blessing.

Jen is known for having “the most instagrammed butt in the world,” a fact she publicizes on, you guessed it, her Twitter and Instagram pages. Posting pictures of herself on Instagram is essentially her job. So while she’s not at all a random person plucked from a cornucopia of fans and followers, she’s like a logical step up for Colin Kaepernick in the world of public internet dating. If internet hookups were a video game, Jen Selter would be the Big Boss of a level. According to TerezOwens.com, Kaepernick and Selter have entered the early stages of a relationship and Mr. Kaepernick has promptly unfollowed all of his internet groupies now that he’s involved with Jen. Folks, these are the gossipy details that come with having a documented public life.

Let’s get to what makes Colin’s life documented in the first place: he throws a damn fine football. In 2012, Colin was number one in adjusted yards per pass attempt (with 8.62), and in 2013 he was second in yards per pass completion with the 10th overall passer rating in the league. Colin’s rookie contract expires after 2014, and he’ll be paid a little under $1,000,000 this year. That is 2,000,000 less than the number of followers Colin’s girlfriend Jen Selter has on Instagram. However, according to CBS Sports, he’s expected to ask for $20,000,000 per year starting in 2015. Level up! 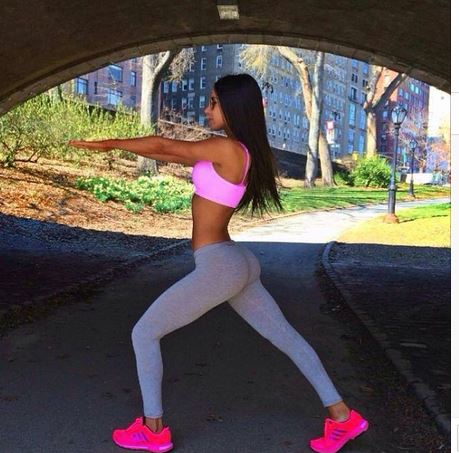