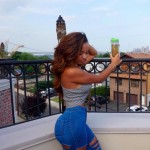 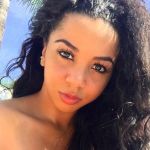 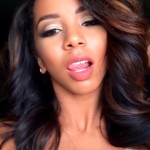 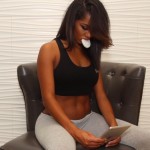 Colin Kaepernick’s girlfriend Brittany Renner is an animated young model and fitness fanatic who maintains an extensive Instagram, cataloging her many moods and jokes. There is one pretty funny video she made where she reacts to some dude rapping on a Sirius station. The guy says something like “She dinner if she favor Brittany Renner,” which I don’t even know what that means but the video cuts to Brittany Renner making a funny “flattered face.” The video goes on with some pretty goofy rapping and Brittany responding to it. Actually, the more videos on her Instagram that you watch, the more you will like her, I promise. She’s pretty darn funny. She reminds me of a Disney character or something. She’s got a lot of personality.

Anyway, very recently Colin Kaepernick’s girlfriend Brittany Renner was talked about on Terez Owens for having been photographed nude in the showed by Trey Songz at some point. Apparently they believe she herself sent in the photos, but whether that’s true or not, who cares? It seems if you’re at all associated with anyone remotely famous, the internet will engulf you in some way sooner or later. She seems like one of the most charismatic player wives/girlfriends that we’ve seen in some time, so I’m going to be in her corner in any argument.

And there was a brief fake argument, it seems, back in 2014 when Brittany said she was “preggers” by Colin Kaepernick. Of course, she was just messing around. She’s built herself up a huge following on Instagram, and I think it has more to do with her personality than her looks, though she is certainly very attractive. She also has a kind of clothing line called “Fit.Thick.Army” that she reps on IG, and she’s frequently photographed wearing or sporting their caps. I’m not entirely sure if she’s exclusive to Colin because there’s never been photographs included on her account, but I have a hunch they are close to it. Her account is more for looking at girls in bikinis and watching her funny videos then anything else. I get the sense that Brittany spends way too much time with her phone in front of her taking videos of herself making faces. 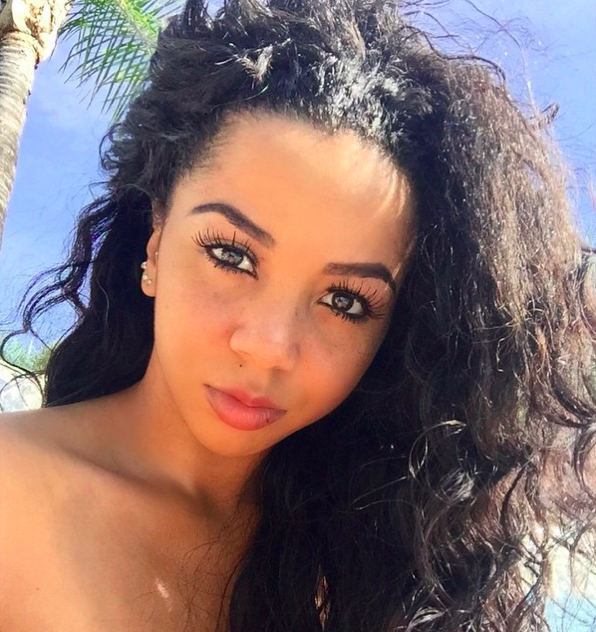