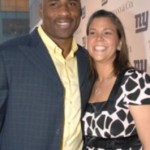 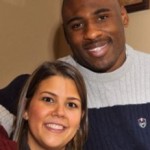 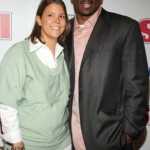 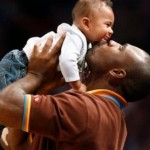 Brandon Jacobs has been the reliable running back that all teams need. Now meet the woman behind the man, Brandon Jacobs’ girlfriend Kim Jacobs.

Kim and Brandon Jacobs first met at Auburn University. Sensing this was the real deal, she followed Brandon when he transferred to Southern Illinois University for one year, from which he was ultimately drafted by the Giants in April 2005. They were married shortly after, in July of 2005.

The couple had their first child, Brayden, on February 27, 2007. Of course, as Jacobs’ jersey is #27. As a gesture to Kim during the season she was pregnant, Brandon placed the ball under his jersey after scoring a touchdown to show they were expecting. Sadly, he was flagged for a 15 yard unsportsmanlike penalty and the NFL (No Fun League) fined him $5,000. “It was worth every yard and every penny” said Brandon afterwards.

Brandon isn’t the only one in the family with career aspirations. Kim has her Masters in early child development and would like to open a day care at some point in the future. 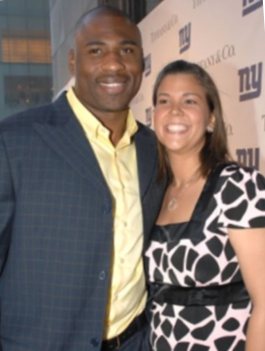