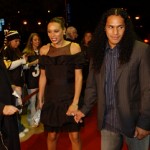 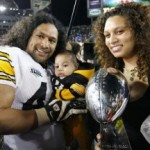 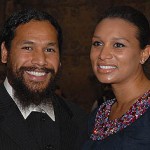 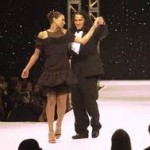 Let’s be honest. If you’re Troy Polamalu and you suffer what was described as a “very mild” concussion, isn’t Troy Polamalu’s wife Theodora Polamalu your first call? I mean, Troy did what most red-blooded Americans would do in that situation – call your wife, tell her you’re OK, and calm things down before they blew up.

Apparently, the Shield didn’t love that he did it from his cell phone. From the bench. During the game. Admittedly, the NFL outlaws all phones from the sideline (and for good reason, think Patriots style “spygate” reasons) but seriously NFL? You couldn’t let this one slip? We guess that Troy thinks it’s $10,000 well spent.

Troy Polamalu’s wife Theodora Polamalu has been in the picture for quite some time. The two began dating while at USC together, after being introduced by Theodora’s brother and Troy’s teammate, Alex Holmes. Theodora moved to Pittsburgh with Troy in 2003 when he was drafted. They were engaged in 2004 and were married in January, 2005. The couple has two children together, with Troy announcing the birth of their youngest child, Ephraim, on his Twitter account.

Theodora Polamu has football in the blood. She is the daughter of former University of Michigan football standout, Mike Holmes, and the brother of former NFL tight end, Alex Holmes. 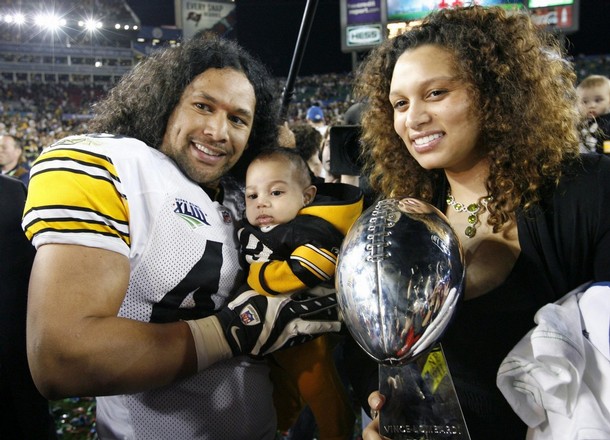