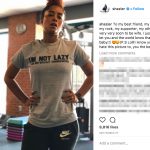 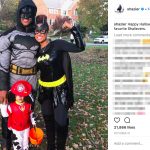 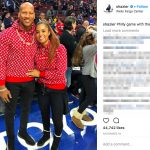 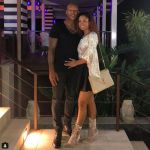 Ryan Shazier’s wife Michelle Shazier is a special education teacher who graduated from Texas State University. Since Ryan has a son from a past relationship, Michelle also spends a lot of time with him. Ryan and Michelle became engaged recently. Technically, Michelle is actually Ryan Shazier’s fiancee. But, since their marriage is imminent, we will refer to her as his wife rather than fiance. After all, he refers to her as his wife too.

In January of 2017, Ryan Shazier’s wife Michelle showed up in a post by theshaderoom after she upset Ryan’s ex-girlfriend. The ex-girlfriend is Tonika Marie. Tonika is the mother of Ryan’s son. She also runs a nail shop in Columbus, Ohio. Michelle posted a tribute to Ryan’s son, and it included a few sentiments that Tonika took offense to. Michelle said in the tribute that she loved the boy even though she’s not his mother. She also called them a blended family and said she’s not there for the boy just because she married his father. According to Tonika, Michelle blocked Tonika from her own son’s social media account. She also said Michelle told Ryan to file for full custody “so he doesn’t have to pay…child support that he told her he wanted to pay.”

Tonika added another comment apologizing and attempting to see things from Michelle’s perspective. Tonika also said she doesn’t understand Michelle. Regardless of the social media battle, Ryan Shazier’s wife takes social media comments hard. In an article by The Players Tribune, Ryan described it. He said Michelle read comments made by people about his alopecia. According to him, she broke down and cried. She didn’t understand why people were so cruel to him. He told the interviewer it brought him back to his childhood. Ryan started to lose his hair when he was five years old. He explained that he dealt with derision about his hair for nineteen years.

Back in his childhood, Ryan’s doctor explained to him and his mother that his immune system attacked his hair follicles. It forced all the hair on his body to fall out. Ryan said it was not an easy thing to communicate to other kids, and they often became confused. They teased him a lot. Ryan also added he enjoyed the nickname “Professor X” even though most were insulting. In November, Ryan Shazier’s wife adventured to Costa Rica with him. Ryan suffered a back contusion, but the couple managed to find a fun activity to fill the healing time. She posted a picture of them together and smiling next to a volcano. 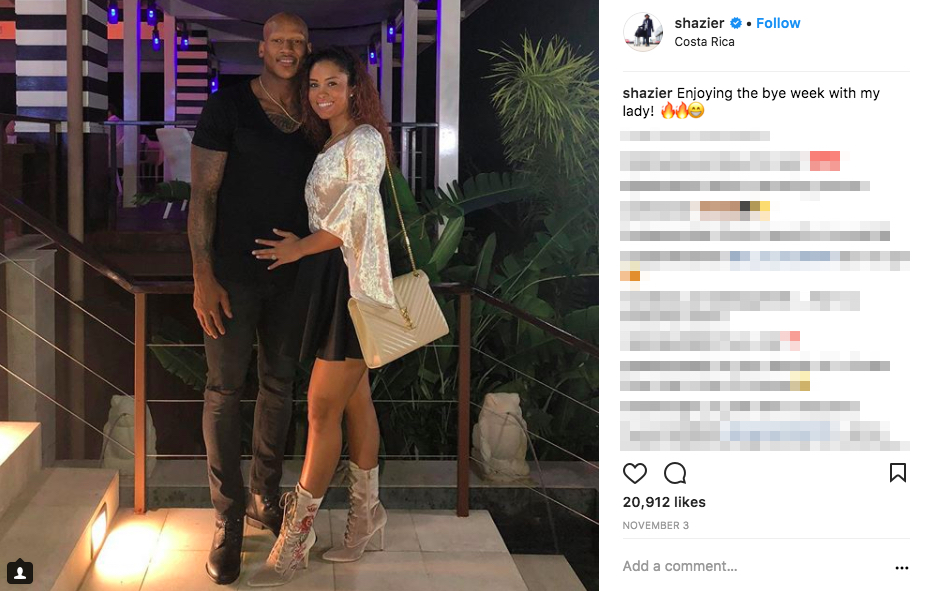