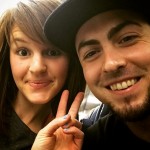 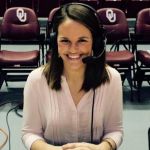 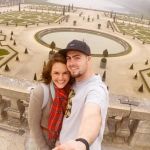 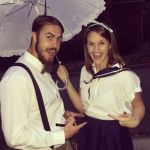 Landry Jones’ wife Whitney Jones was at one time a very talented basketball player at the University of Oklahoma. She was named the Big 12 Conference Freshman of the Year back in the day. She was a starter on a Final Four team. She was serious business, people! She suffered a torn ACL at the start of her last year, and she was still picked up to play in the WNBA. That didn’t really work out so well for her, but that wasn’t something that was going to stop her from enjoying her life and moving right along.

So far, Landry Jones’ wife has done a good deal of television basketball commentary for college women’s hoops, but she’s transitioning into becoming a high school coach for girl’s basketball now. The school of choice for her is Seton-LaSalle. Based on recent past performance, this appears to be the evil empire of high school basketball programs. They’ve won four AA titles in the past five years, and two PIAA championships. While I’m not entirely sure how prestigious those titles are, they sure do sound impressive to me. All of this, and the woman is only 25 years old. That’s really cool to me. She’s been alive for a quarter of a century, and she’s got all this cool stuff under her belt.

In case you were wondering, it was the San Antonio Silver Stars who drafted Whitney. Like I said before, she wasn’t a huge commodity in the WNBA. Hey, pro sports is tough, especially if you’ve torn your ACL. Right before she took the coaching gig last year, she talked with Landry about potentially coaching. She said, “Landry and I talked, and if the right coaching opportunity came along I was going to take it.” Yeah, so she ain’t gonna’ just sit at home watching pro football and waiting for you, pal. Football isn’t her sport of choice!