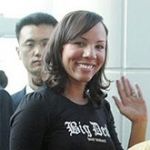 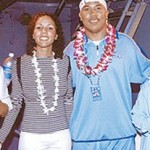 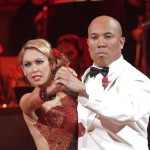 UPDATE: 3/1/2012: First Hines Ward was released by his wife (or he released her, we’re not really sure) and now he has been released by the Pittsburgh Steelers. Considering that the most he has accomplished in the last four years was on Dancing with the Stars, we can’t say we’re surprised. Maybe all of this newfound free time will prompt Hines to lobby the producers to let him compete with new contestant Donald Driver.


7/9/2011: Continuing his incredibly news-filled summer, Hines Ward was busted for DUI last night in his home state of Georgia. Check out his mugshot to the right.

5/24/2011: Hines Ward and his partner Kym Johnson are your Dancing with the Star Season 12 winner! Congrats to them. Now begins the wait for the first time we finally see the news headline “Hines Ward’s girlfriend Kym Johnson”, it can’t be too far off, right?

5/17/2011: It seems like everyone in the world wants to know, “Is Hines Ward Married”? And those people that knew he was once married and wondering what happened to Hines Ward’s wife? I think a lot of people are asking this because of the obvious chemistry that Hines Ward shares with dance partner (and possible eventual girlfriend?) Kym Johnson. Well, you’ve come to the right place folks. Read on for more details.

5/5/2011 – Hines Ward, of recent fame as a ‘Dancing with the Stars’ contestant along with dancer Kym Johnson, was reportedly pulled over and removed from a car at gunpoint last night – with a woman who wasn’t Hines Ward wife. Sounds like those rumors about the split might have been true after all. Anyway, turns out that the Honda Civic Hines was riding in had been reported stolen – by the woman who was driving it. She had reported it stolen earlier, and after finding it, had totally forgot to report the car as ‘found’. Ya, I can totally see how that would happen. Personally, I have so many cars that I too would forget about something as trivial as reporting one of them was STOLEN! Once police were informed of the mistake and the story was verified, Hines and the mysterious passenger were let go.

So, the real question here: With all the money that Hines has made over the years, he allows his mistress to drive around a Honda Civic? Seriously?

Hines Ward and ex wife Simone Ward met as teenagers growing up in the Atlanta area. According to online gossip, the couple has been separated or divorced for approximately one year. According to Simone’s profile page for the Atlanta Hawks, Simone is listed as single. The two have one child, a five year old son, Jaden.

Both Hines and Simone are of mixed race background: Hines mother was Korean and his father was African-American. Hines Ward’s wife, Simone’s mother is Caucasian and her father is African American. Because they were both children of mixed race backgrounds, they formed the Hines Ward helping Hands foundation in Korea. This foundation was established to help children of mixed race heritage who have been subject to the same discrimination they were.
Simone has also spent time as an on air personality for Atlanta area sports talk radio stations and is now a sideline reporter for the Atlanta Hawks. 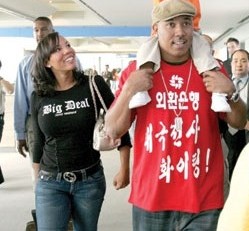