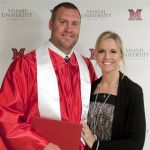 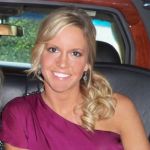 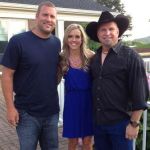 Seems like it was yesterday.  Nine years flies by…

Since that time, Ashley gave birth to their three children, Ben, Baylee, and Bodie. The couple dated but did not live together until they married. This was Ashley’s choice because of religious beliefs. They married in Pittsburgh, and Ashley became pregnant four months afterward. Two years later, the NFL awarded Ben the Walter Payton Man of the Year award. Ashley certainly appears to brighten his life up. In a radio interview with WDVE, Ben said the marriage and kids put his life in perspective. He said he didn’t really know love until you have a child.

Ashley works as a physician’s assistant in the cardiac surgery department of the Presbyterian Hospital of Pittsburgh. Ben Roethlisberger’s wife helps diagnose illnesses and aids surgeries. In October of 2016, the Steelers organization put together a runway charity event which both Ben, Ashley, and all three of their kids participated in. Ben posted pictures of the family walking down the runway. They all looked very dapper and dressed in formal attire. Ashley in particular turned heads in a red gown.

Ashley herself comes from a town called New Castle in Pennsylvania. Ben Roethlisberger’s wife played basketball, softball, and volleyball. After colleges recruited her, she decided to attend St. Francis University and played softball. She graduated in 2009. Back in 2011, the Pittsburgh Post-Gazette asked Ben if he became engaged to Ashley at the time. He denied the engagement. Was he wary of the attention and the timing? Another article from triblive.com from 2011 covered their relationship at the time. They asked Ashley’s friend from childhood to describe her as a kid. Her friend, Sally Hiers, said Ashley was “such a happy little girl who loved sports and loved going to church”. According to the article, the couple met at training camp in 2005. At that time, Ashley still attended college.

The article also went on to describe both Ben and Ashley as highly competitive people. Those were his words to the Tribune Review in June of 2011. Even Ashley’s pastor at the First Alliance Church called her a “fine young lady” for the article. Ben Roethlisberger’s wife is described as a star athlete in her high school years by Sally Hiers. Her volleyball and basketball coach in high school said Ashley was a socialite and one of the most popular girls in school. In fact, the volleyball team won the AA championship in 2000 with the help of Ashley! Now, she is a champion mom and wife. 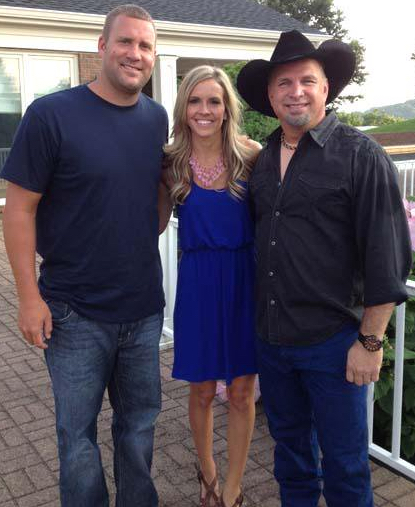