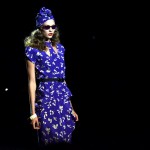 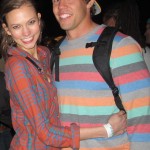 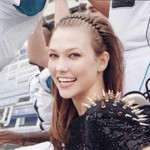 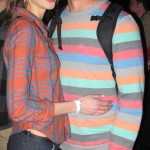 That outfit has to be a joke right? I mean there is no way your girlfriend, who happens to be one of the world’s top up and coming models, would let you wear a sweater like that right? To steal a line from the ESPN football guys, come on man. If you keep dressing like that there is no way you’ll be able to keep your hot model girlfriend for very long.

So the outfit I’m talking about also happens to be from the picture that got the couple discovered. At the 2012 Coachella festival a picture was snapped of Sam Bradford and girlfriend Karlie Kloss, and the two were later confirmed as a couple. Seems like Coachella is always a place to find the hipsters with the significant others. Must be that combo of California spring and trendy music that draws that crown in.

For those not familiar with Karlie’s work you should be. She is one of the hottest young models out there now, and when I say young I mean real young. At the time of the picture Karlie was 19 but had a birthday in August so Karlie is now 20. Before people go calling Sam a creep and all that let’s remember Sam himself is only 24 so the age difference really isn’t that great. Still, it has to be frustrating that your girlfriend can’t legally buy you a drink with all her modeling money, right? Then again I’m going to guess Karlie has no problem getting into any hot club she wants so this probably isn’t as big of a deal as I’m making it.

Karlie is from the St. Louis area which answers the question of how Sam and Karlie got together. One of the first big advertising gigs Karlie had was for Abercrombie but she has since moved on to much bigger projects like Victoria Secret, Gucci, Versace, etc. Seems to run the table on big name designers here. Tyra Banks has said that Karlie is her favorite current model right now. If Sam wants to keep his young, smoking hot girlfriend I’m going to guess he will need to play a little better than he did in 2011 which turned out to be a lost season for Sam. After a strong start in his rookie year things fell apart in 2011. Due to the bad 2011 many “experts” see 2012 as a make or break year for Sam. Regardless of how 2012 turns out at least Sam will always have his technicolor sweeter to fall back on, and Karlie 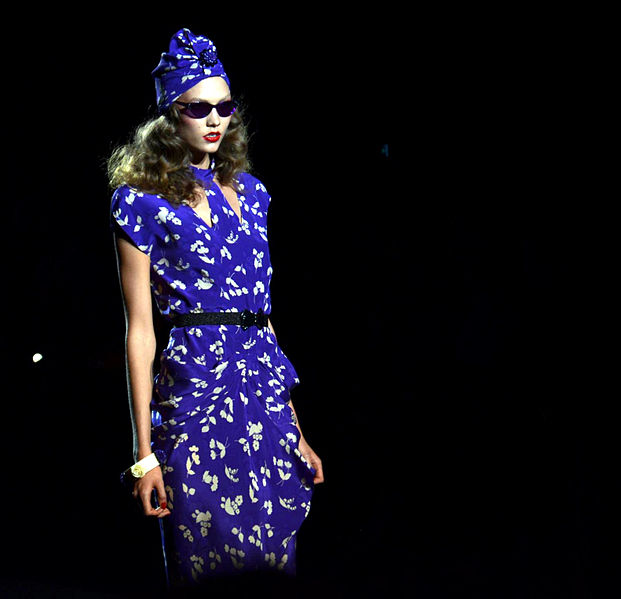