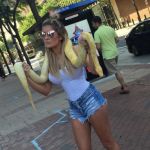 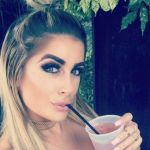 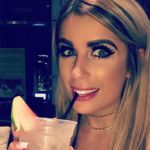 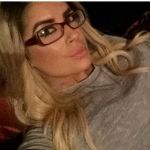 Ryan Mathews’ girlfriend Kayla Slossar may or may not still be his girlfriend. After catching him cheating, Kayla posted the following on Instagram:

Ryan Mathews!!! Happy one year anniversary to the biggest lying cheating scumbag I ever met. Hope you have a lovely life with your groupies … thanks for the migraine. PHILLY GIRLS LOOK WHOSE ON THE MARKET! Flock to him please! what a gem.

She eventually deleted the post, but the point stood loud and clear. She eventually posted an apology as well, calling Mathews an “amazing father” and “good lover.” That doesn’t actually clear things up for us very well either, since that was ALSO deleted. Who knows what their current status is?

Ryan Mathews’ girlfriend Kayla Slossar shared a very revealing text between her father and herself. It is the kind of text that paints a vivid portrait. Kayla told her father that she racked up a gigantic tab at a nightclub, and her father instantly told her to put it on his black card. Her dad then made a joke about a drug dealer and a girl who calls him “daddy,” and it was pretty funny. However, this gives us an idea of how their relationship is structured. Firstly, her dad has a black card. That means he’s rich. Secondly, she is very likely spoiled rotten. Thirdly, her dad talks to her like a buddy and not a daughter.

Now, I’m not saying Ryan Mathews’ ex-girlfriend is the devil. On the contrary, she’s possibly a kind-hearted individual. Be warned: she’s also a self-confessed “bitch with an attitude problem.” By labeling herself in this way, She liberates herself. It’s actually kind of cool. She understands that people who don’t really know her (such as myself) can talk smack about her, but it doesn’t bother her. When you start to read some of the things she writes in her posts, you can see she’s got a really good sense of humor. One example is: “I hate when like 12 year-old girls try and give me dirty looks at whole foods. Like bitch, I will f*** your dad and make you my step child.” Sorry, but that is pretty funny.

Ryan Mathews’ girlfriend Kayla Slossar thinks very highly of herself. That’s better than if she thought really lowly of herself, though. Ryan Mathews’ ex-girlfriend has some better-than-average insights to share as well. Here is one: “Never talk bad about someone who is walking a path in life that you were once on yourself…Be a life line of hope. Some paths are longer than others, with more hills to climb.” Those are wise words! Generally, when people post “wise words” on their social media, they’re facile. Those, however, are not! 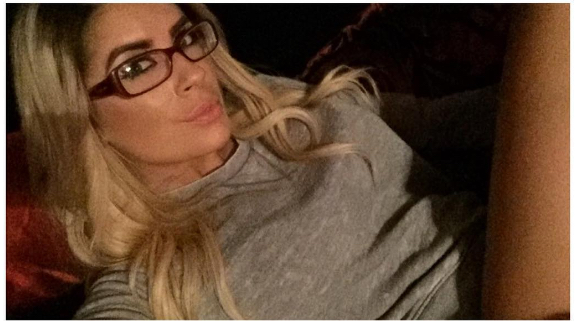